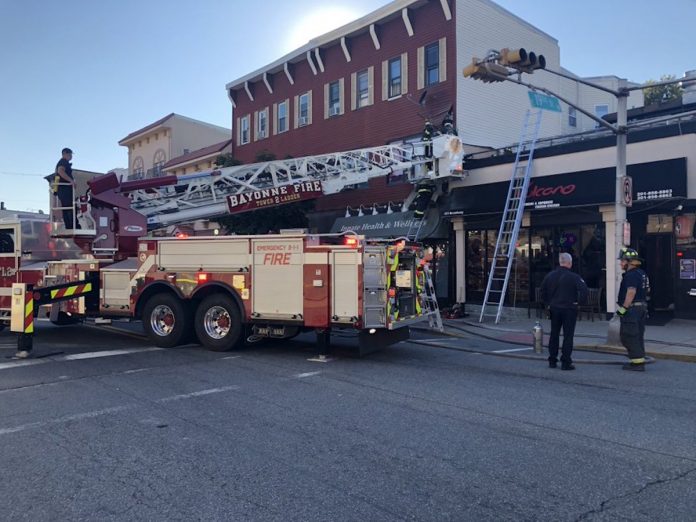 A commercial building fire in Bayonne on Saturday afternoon resulted in no injuries and is currently under investigation.

According to Fire Chief Keith Weaver, firefighters responded to 423 Broadway at 4:45 p.m. after receiving a call of smoke coming from the roof of the building.  Upon arrival, units found fire on the roof of the one story structure, located at the corner of 19th Street, which houses Volcano, a Japanese sushi restaurant.

According to a statement from Chief Weaver, “Firefighters used a handline to extinguish the blaze just as the fire started to extend into a neighboring three-story mixed use building…the quick response and action of the one-alarm assignment kept the fire from spreading further into the larger building.”

The fire was placed under control in approximately 15 minutes.

Chief Weaver says one family was temporarily displaced.  Weaver says it does not appear that the fire is suspicious in nature.