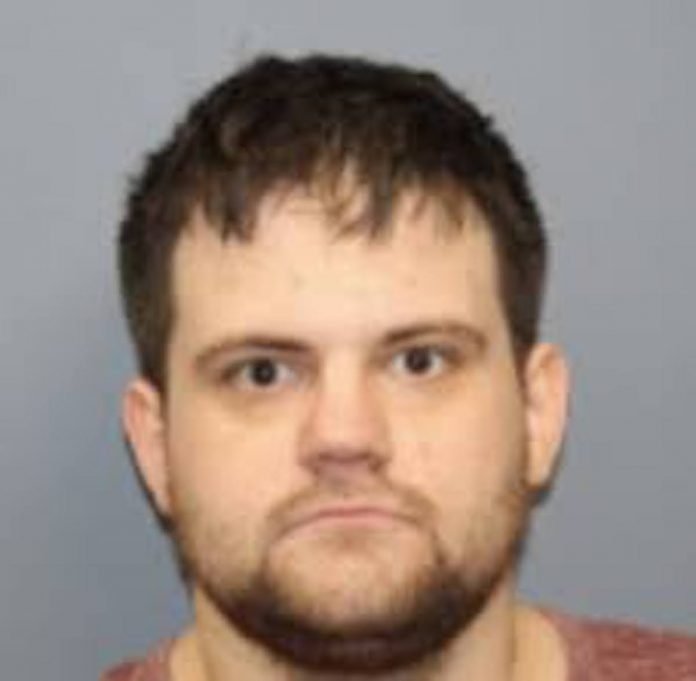 In an attempt to evade capture, George Maztek forced entry into the 2nd Floor of the Windsor Drive warehouse.  Responding Secaucus Police Units from the Patrol and Detective Divisions, Traffic Bureau and Anti-Crime Unit immediately established a perimeter around the warehouse and Police Officer Vince DeFazio and K-9 Strobe were called in.

K-9 Strobe was able to locate George Maztek hiding in a darkened office on the 2nd Floor where he surrendered, without any resistance, and was placed under arrest.  At the time of his arrest, evidence from the apartment burglary was recovered.

“I am proud of how officers from the different facets of my department come together and work in unison to apprehend criminals,” Chief Dennis Miller said.  “This use of K-9 Strobe in this arrest demonstrates the need for such animals in this line of work,” Miller said. “Using a K-9 as a constructive tool alleviates the use of force in most situations, but also gives an alternative force option, which protects the safety of both the public and police,” Miller said.

George Maztek, 29, of Secaucus, was charged with Burglary [2C:18-2a], two counts of Criminal Trespass [2C:18-3a], Theft of Moveable Property [2C:20-3a], and Criminal Mischief [2C:17-3a(1)].  He was lodged in the Hudson County Jail, but released later that same day, in accordance with Criminal Justice Reform.  These charges are merely accusations and the defendant is presumed innocent until proven guilty.