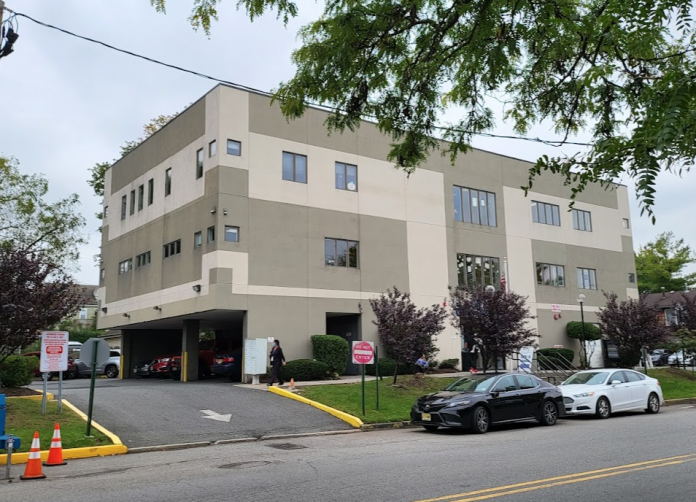 Arrests Made After Pursuit of Stolen Car From Secaucus

Secaucus Police Chief Dennis Miller reports that on Tuesday, August 16, 2022 at 9:42 a.m., the Secaucus Police responded to Riverside Pediatrics, located at 714 10th Street on a report that a 2020 Lexus RX stolen from the valet lot.  While fleeing the lot, the stolen vehicle nearly struck one of the valet attendants and while on 10th Street it nearly struck a pedestrian.  A description of the stolen vehicle and suspect were broadcast to surrounding agencies, while the Secaucus Police checked egress routes from Secaucus.

Following information that the stolen 2020 Lexus RX was in the area of Bloomfield Avenue in Newark and traveling toward Bloomfield, Secaucus Police Detective Sergeant Giacomo Sallustio and Detective Sean Egan located the vehicle and found that it was occupied by Sahmir Hughes, age 25, of Newark.

An attempt was made to stop the stolen 2020 Lexus RX, but Sahmir Hughes drove at high rates of speed through parking lots and with total disregard of the safety of the motoring public.  A vehicle pursuit was undertaken by Secaucus Police Detectives within the confines of Bloomfield into East Orange, but they lost sight of the vehicle. Immediately thereafter, Detective Sergeant Sallustio and Detective Egan placed Sahmir Hughes under arrest after they discovered he crashed the stolen 2020 Lexus RX into a concrete bridge pillar on Ampere Parkway in East Orange.  During a search incident to arrest he was found in possession of Buprenorphine and Nalaxone Sublingual Films.

“The actions of this car thief once again demonstrate that this property crime is jeopardizing the safety of the citizens of this State and is a serious problem, but I am thankful nobody was injured during the commission of this crime, Chief Miller said.  I whole-heartedly support the actions of my detectives and their initiative in apprehending this car thief.  This is another example that proves our ongoing commitment to the residents and visitors of Secaucus that if they are victim of a crime in this Town, Detectives have my authorization to follow the case into any jurisdiction so that justice can be served.  The Secaucus Police did their job in this case, but I can only hope our criminal justice system does its job and holds the defendant accountable.”

Sahmir Hughes was charged with Burglary, Theft of Motor Vehicle, Eluding and Possession of a Controlled Dangerous Substance.  He was lodged in the Hudson County Jail. These charges are merely accusations and the defendant is presumed innocent until proven guilty.