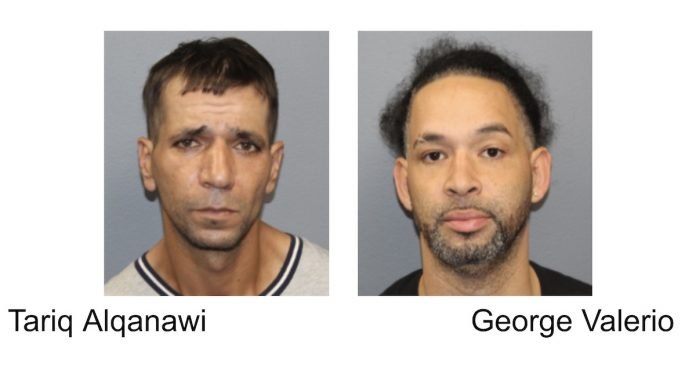 Secaucus Police Chief Dennis Miller has announced that the Department has made two, separate arrests in separate stolen car incidents which took place over the past week.  The incidents highlight the growing trend in New Jersey of stolen cars.

The first incident took place on November 18 at 5:23 P.M.   Chief Miller says Secaucus Police Officer Jesus Rodriguez-Ferreira conducted a motor vehicle stop of a 2007 Hyundai Elantra on Paterson Plank Road for a loud muffler and broken headlight. The vehicle turned out to be stolen out of East Rutherford.   The vehicle’s operator, 57-year old Tariq Alqanawi of Newark was arrested.

In the second incident, five says later on November 23 at 10:33 A.M., Secaucus Police Officer Justin Machno conducted a motor vehicle stop of a 2007 Chrysler Sebring on County Avenue for improper display of a temporary registration.  The registration turned out to be  forged.  An investigation determined that the car was stolen out of New York City.  The operator, George Valerio, age 40, of Ozone Park, New York was arrested. He was also found to be in possession of electronics, blank checks, etc. that were stolen from victims in Atlantic City.

“In response to an increase in motor vehicle thefts statewide, Secaucus Police Officers will remain vigilant and proactively patrol our Town in an attempt to combat this ongoing problem,” Chief Miller said, “I commend the police officers involved in these arrests for their diligence and I fully support their commitment to law enforcement, despite working in a climate where some criminals are acting with impunity in our State.”

Both men are being held in the Hudson County Jail in Kearny.  These charges are merely accusations and the defendants are presumed innocent until proven guilty.