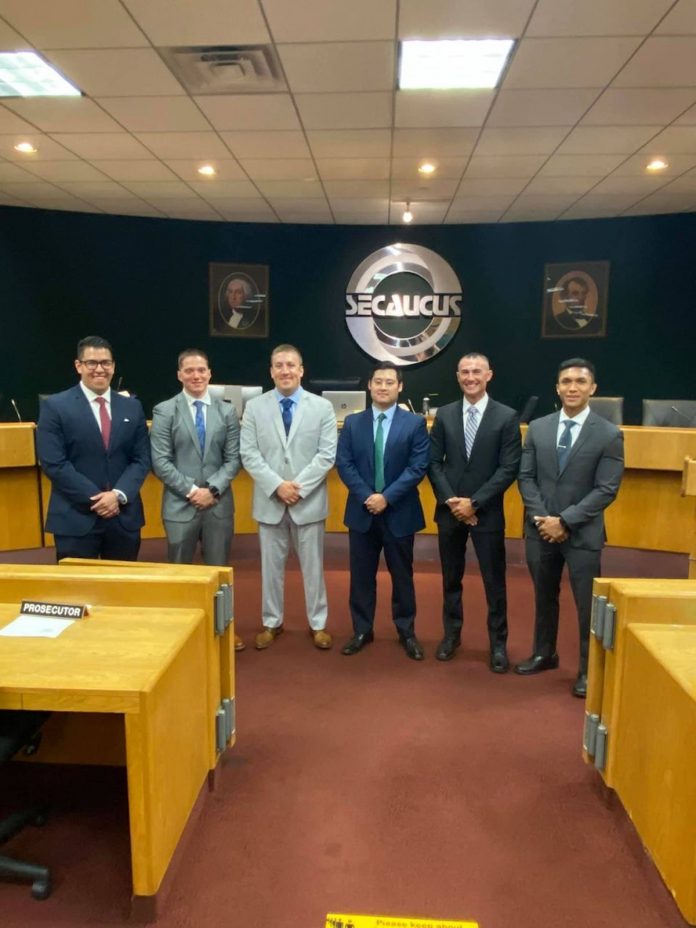 Five of the new recruits will be attending the Bergen County Police Academy beginning at the end of July.  Carpenter, who is a lifelong Secaucus resident, is already a graduate of the Morris County Police Academy where he earned the Academic Award, will transition directly into the Secaucus Police Department’ Field Training Program.  His father is a retired Secaucus Police Captain.

Marchitto, also a town resident, served five years in the United States Air Force stationed in Turkey.  Valerio, a resident of Secaucus, has served in the U.S. Army National Guard for eight years.  He was active in 2014 and 2015, stationed in both Qatar and the United Arab Emirates for Operation Enduring Freedom.  He was also activated from 2019 to 2020, when he was stationed in Djibouti, Africa for Operations Enduring Freedom and Freedom Sentinel.  Valerio has previously served as a police officer in Los Angeles, East Brunswick, New Jersey and as an Auxiliary Police Officer in Sayreville.

Boyko, also a Secaucus resident, comes from a family with law enforcement background.  His father was a Sergeant with the Morris County Park Police.  Boyko previously served with the Juvenile Justice Commission, where for two years, he was a Senior Correctional Police Officer in Jamesburg.