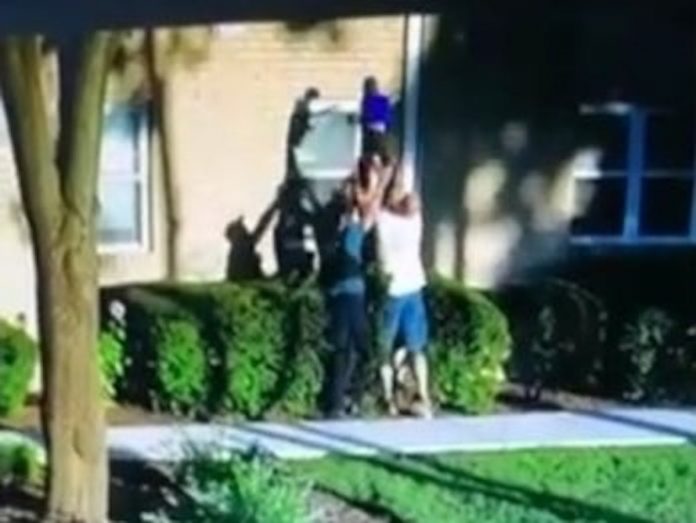 This Monday evening, July 27th at 6 o’clock, the Town of Secaucus will be holding an awards ceremony to honor the heroism of those members of the town’s Police and Fire Departments who were involved in the dramatic rescue of a young boy during the 2 Radio Avenue fire.

According to Police Chief Dennis Miller, the ceremony will be held at Buchmuller Park on Plaza Center Road.  The boy, who was tossed out of a second story window, and his family, are expected to be in attendance and speak during the ceremony.

On June 24, 2020 at approximately 7:28 P.M., multiple 9-1-1 calls were received reporting an active fire within a unit in building “C” of 2 Radio Avenue.  The first responding police officer, Nicholas Spangenberg, entered the apartment building and was immediately met with a substantial amount of smoke covering the hallway.  He forced entry into the first floor apartment, which was currently on fire and located a 56-year-old woman lying unconscious on the floor.  Police Officer Spangenberg, Police Officer Jason Mitchell and Detective Aniello Schaffer carried the victim to safety and provided her with first aid.  The victim suffered 2nd and 3rd degree burns over various parts of her body.  She is currently at Saint Barnabas Hospital and is listed in critical, but stable condition.

At this time Detective Matthew Ford and Police Officers Stephen Hurtuk and Matthew Garzone arrived at the fire scene.  A resident of an apartment on the second floor alerted officers to her inability to evacuate from her smoke filled apartment and threw her four-year-old son out the window to the officers below.  Detective Ford, (who was working in a plain clothes capacity), and Police Officers Hurtuk and Garzone caught the child, who was unharmed.

The Secaucus Fire Department, under the leadership of Chief Carl Leppin, safely evacuated the child’s mother and numerous other residents from the smoke filled building.  At this time, the fire is not deemed suspicious, but remains under investigation by the Hudson County Prosecutor’s Regional Office Arson Task Force, the Secaucus Police Detective Division and the Secaucus Bureau of Fire Prevention.

“At a time when some of the public sentiment surrounding police officers is negative, I think it is important to highlight the heroic actions of these officers,” Chief Dennis Miller said.  “Every day, our officers put their own lives and safety on the line to help and save others while serving this community.  We are grateful for their heroism yesterday and every day and I couldn’t be prouder.”