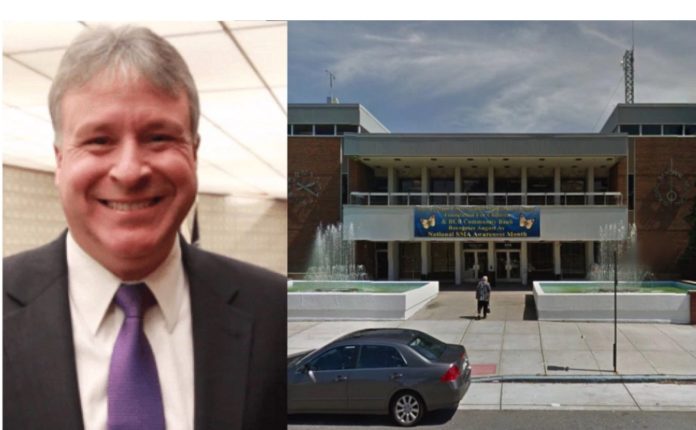 Already facing one civil case which alleges he abused his office by sending “sext” messages to a then-City Hall employee, Bayonne Mayor Jimmy Davis now is facing a second lawsuit from a former City Hall worker who was fired in 2018.

The latest lawsuit, filed in Essex County Superior Court on December 6th by Sincerrae Ross, claims that Bayonne City Hall was “a sexually charged, hostile work environment” and exhibited “a culture of sex with the work place.”  The suit claims that as far back as May, 2014, Mayor Davis, along with twenty other defendants including  then-Business Administrator Joseph DeMarco, would make “sexually charged comments” towards her.  All of the defendants named in the legal document are municipal employees.

The two-count lawsuit cites the New Jersey Law Against Discrimination, claiming Ross was subjected to a hostile work environment because she was a woman and an African-American.

Ross was fired from her job in City Hall on October 2, 2019 after approximately five years of employment.  She is being represented by Juan Cervantes of the Rahway-based law firm of  Forman, Gardonsky, & Tsinman.

According to the lawsuit, Ross claims she approached Mayor Davis with her complaint, but the pattern of alleged improprieties, such as sexual innuendos and inappropriate touching continued.  She further alleges that the other defendants named in the case would allow the unwanted actions to continue, or in fact, participated in the acts themselves.

Ross is seeking punitive damages, as well as other compensation, including court costs and attorney’s fees.

This is the second, sexually-related lawsuit Mayor Davis is facing.  Another former city employee, Stacie Percella, filed suit nearly two years ago, claiming Davis repeatedly sent her “sext” messages between the early months of 2013 and late into 2014, a few months after Davis, a retired police captain, was elected Mayor.

Hudson County Superior Court Assignment Judge Peter Bariso recently ruled that seven years of Percella’s cell phone records will be admissible in the court case despite the plaintiff’s motion to quash the request.  Percella claimed producing her cell phone records was an invasion of her privacy.

The attorney representing the City and Mayor Davis, Teresa Lentini of the law firm Florio, Perucci, Steinhardt & Cappelli, argued successfully that the cell phone records were relevant to show the relationship Percella and Davis have had for approximately 35 years.

Judge Bariso did not explain in his written decision, issued on November 22nd, why he denied Percella’s motion to dismiss the subpoena to AT&T for the phone records.

Mayor Davis denies the accusations filed against him in both lawsuits.