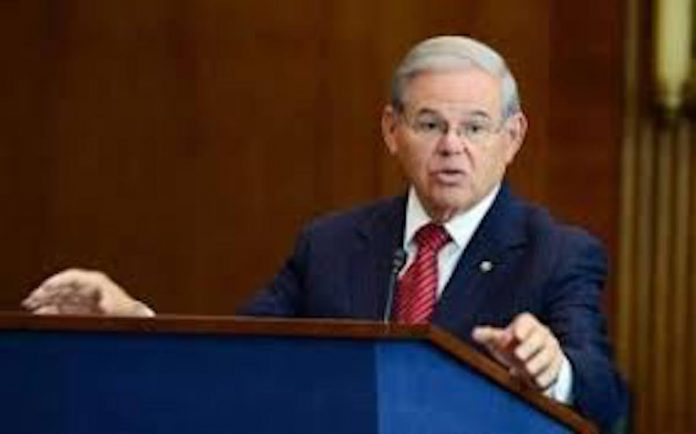 “For years, the NRA and congressional Republicans have done everything in their power to prevent lawmakers, law enforcement and the American people from understanding the full impact of gun violence on our communities,” said Sen. Menendez. “For far too long, Republicans have successfully attached poisonous Tiahrt Amendments to unrelated funding bills to bar the federal government from disclosing or even preserving gun records and gun-tracing data. That’s why we don’t have comprehensive research on how the scourge of gun violence is hurting our communities or how restricting access to guns would improve public safety. It’s time to end the gun lobby’s grip on Congress and reverse decades-long efforts to bury gun data that can be used to inform public policy, reduce gun violence and make our communities safer.”

“As we mourn the tragic loss of eight lives in Atlanta to gun violence, we must take action to put an end to this crisis harming communities across the country,” said Congresswoman Lee. “For too long, Republicans in Congress, the NRA and the  gun lobby have stood in the way of meaningful gun reforms that could help bring an end to this horrific violence and ensure public safety. It’s long past time to remove the Tiahrt restrictions so the FBI and ATF can collect and maintain the data needed to investigate and prevent gun violence. I’m proud to reintroduce the Gun Records Restoration and Preservation Act and lead this effort with Senator Menendez.”

The Gun Records Restoration and Preservation Act would repeal current provisions that prohibit the Federal Bureau of Alcohol, Tobacco and Firearms (ATF) and the Federal Bureau of Investigations (FBI) from collecting, preserving and disclosing gun records and gun-tracing data to cities, states, researchers, litigants, and members of the public. Aside from enhancing law enforcement’s ability to investigate and solve gun crimes, the bill would provide researchers with access to data to study gun violence and its impact on communities, and develop a more holistic understanding of how guns get transferred from legitimate firearm sellers to criminals.

The bill is supported by Brady, Giffords, Everytown for Gun Safety, and Moms Demand Action.

“For far too long, the Tiahrt Amendments have allowed the gun industry to pull the curtain down on trace data to protect its worst actors and allow guns to flow into our communities,” stated Brady President Kris Brown. “We desperately need to remove these damaging provisions that have hindered ATF from sharing information necessary to effectively hold the gun industry to account. If we don’t know the scope of the problem we can’t begin to address it. Brady is grateful to Sen. Menendez and Rep. Lee for championing this incredibly important bill.”“For many years, the gun lobby successfully limited law enforcement’s ability to properly enforce our gun laws and hampered ATF’s efforts to address gun violence at the federal level. That is no longer the status quo. The Gun Records Restoration and Preservation Act is a significant first step towards empowering ATF to effectively regulate the gun industry and enforce gun laws. We thank Senator Menendez and Representative Lee for introducing this bill and urge Congress to swiftly debate and vote on it,” said Adzi Vokhiwa, Giffords Federal Affairs Director.

“Ending America’s gun violence epidemic begins with understanding it,” said Shannon Watts, founder of Moms Demand Action. “But NRA-backed restrictions in the law have chilled the release of life-saving information about the source of illegal guns that flood our communities. The bottom line is that these restrictions have no place in our laws, and we applaud Senator Menendez and Congresswoman Lee for leading the way toward repealing them.”

Since 2003, Republicans have worked to deliberately restrict the ATF and FBI’s ability to collect, preserve and make public a range of gun records and data by attaching so called “Tiahrt Amendments” to the Department of Justice’s (DOJ) yearly funding bill. The Menendez-Lee legislation would repeal the following Tiahrt provisions:

·        The prohibition on the ATF from releasing firearm trace data for use by cities, states, researchers, litigants and members of the public;

·        The requirement for the FBI to destroy all approved gun purchaser records within 24 hours; and

·        The prohibition on the ATF from requiring gun dealers to submit their inventories to law enforcement. Gun dealer inventories facilitate enforcement of the federal law requiring dealers to report the loss or theft of firearms and help law enforcement oversee the more than 50,000 firearms dealers nationwide. According to Everytown for Gun Safety, between 2012 and 2019, nearly 140,000 firearms were unaccounted for and reported lost or stolen to the ATF.

Click HERE for a copy of the bill text.