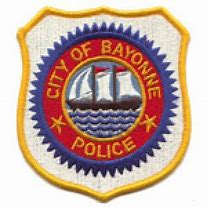 Bayonne Police responded to the Walmart at 11:50 Monday morning on a report of possible shoplifting.  30-year old Clayton Cureton, Jr. of Wegman Parkway in Jersey City and 31-year old Ashley Varner of Wilkinson Avenue in Jersey City were taken into custody.

A search of Cureton related to his shoplifting arrest led to the recovery of a stun gun on his person.  In addition to his warrant, police have charged him with possession of a prohibited weapon and the unlawful possession of a weapon.

Varner was charged for her outstanding warrant.

Both Cureton and Varner were taken to the Hudson County Jail.  Walmart chose not to further pursue the shoplifting complaint.