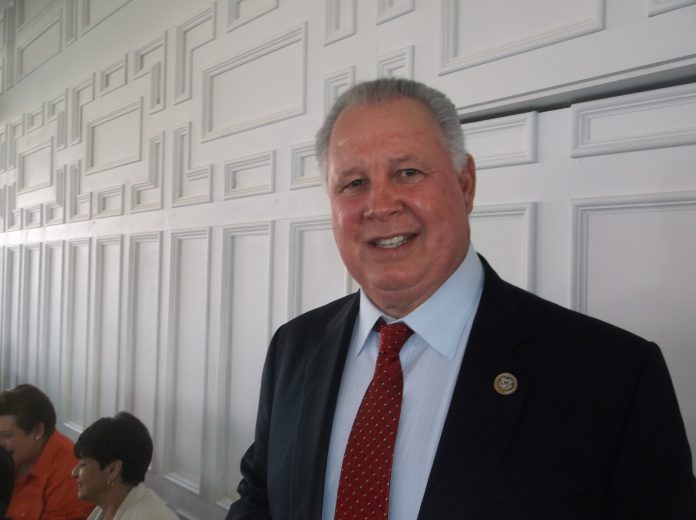 Israeli Prime Minister Benjamin Netanyahu calls it an “historic opportunity.”  Netanyahu wants to unilaterally annex a portion of the occupied West Bank for Israel, territory the Palestinians covet for a permanent state.  The potential move, something right-wing Israelis have long wanted, and something the Prime Minister wants to achieve as soon as possible, could give Israel a permanent eastern border for the first time since the nation was founded in 1948.

The annexation likely would have serious consequences for the region, as many former Israeli military officials, diplomats and experts on the Middle East say Israeli security could be at risk.

The potential for unilateral annexation has Congressman Albio Sires (D – District 8) concerned.  The Congressman issued a statement saying, “Israel is a vital ally and friend to the United States, and the special relationship between the U.S. and Israel has a long history. A strong Israel is in the best interest of both of our countries, which is why continued U.S. security assistance to Israel remains a fundamental part of our strategic partnership. As a long-time advocate for robust U.S.-Israel relations, I worry that unilateral annexation of West Bank territory could have detrimental consequences for Israel’s security and regional stability. I also urge the Palestinians to come back to the negotiating table and work with Israel to find a lasting resolution. U.S. policy has been consistently rooted in the pursuit of a two-state solution that is directly negotiated between the Israelis and Palestinians. I am concerned that should either side pursue unilateral action, an enduring peace for Israelis and Palestinians will become unattainable.”

Arab leaders warn that unilateral annexation of portions of the West Bank by Israel would threaten the progress being made to achieve ties between the Israeli state and neighboring, Arab countries.

According to a New York Times article this week, United States Ambassador David Friedman is one of several Americans who are “part of the joint Israeli-American committee that is working in secret to map Israel’s new borders.”

The debate over this issue continues in Congress, with many Democratic members favoring a negotiated settlement to the Israeli-Palestinian conflict, a disagreement which has raged on for decades, centuries in fact. Meanwhile, the Trump Administration reportedly favors annexation of the region.