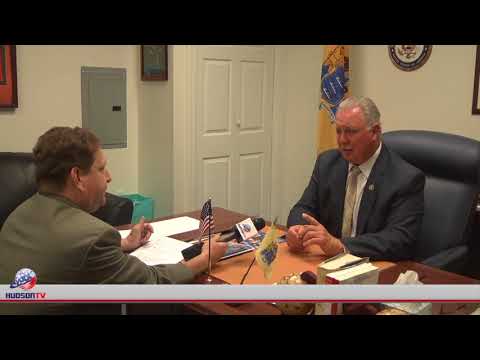 Congressman Albio Sires has been a member of the United States House of Representatives since being elected in 2006, first representing the 13th District, and since 2013, the 8th District.  He is facing a challenge from two opponents in the July 7th Democratic Primary Election.

This week, Sires received endorsements from the Service Employees International Union (SEIU) and the Sierra Club.  In a press release from his campaign, it was noted that “The support from two of the state’s leading progressive advocacy groups showcases the Congressman’s strong record of fighting for working families and to protect our environment.”

“Both the SEIU and the Sierra Club understand that we need Democrats in Congress who will fight for economic and environmental justice, and I’m very proud to earn their support due to my record on these two crucial issues,” said Congressman Sires. “From fighting for a higher national minimum wage, to sponsoring legislation to make the federal government address climate change by following the steps outlined in the Paris Climate Agreement, I’m proud to be a leader in these two crucial areas. I thank both of these outstanding organizations for their continued support.”

Sires is the fourth-longest serving member of the U.S. House of Representatives to represent Hudson County.  He is a former Speaker of the New Jersey Assembly, the first Hispanic to hold the position, and a former West New York Mayor.