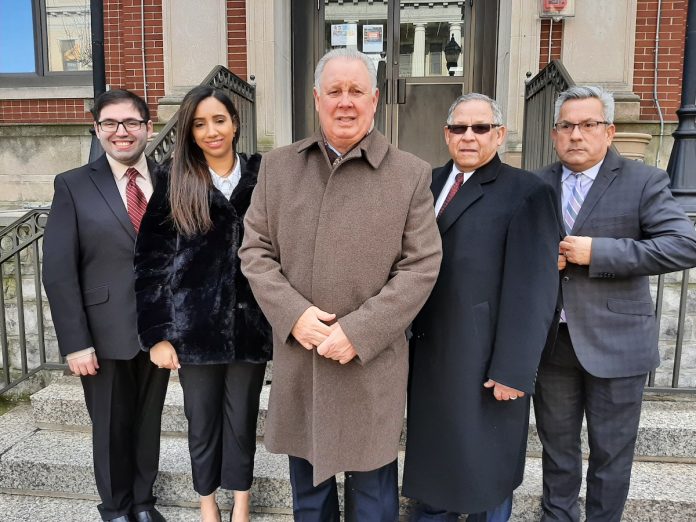 Standing in front of the West New York Public Library this afternoon, former Congressman Albio Sires, who previously served as Mayor from 1995 until 2006, unveiled his four Commission running mates as he looks to regain the office he had before going to Washington, D.C. to serve eight terms in the United States House of Representatives.

Sires, who previously talked about the need to create a new library and media center to replace the antiquated library on 60th Street; the need to open a new elementary school; and the importance of creating a new park on a pier along the Hudson River, today announced he would transform the existing library into a new, police headquarters so the department can get out of the basement in Town Hall. 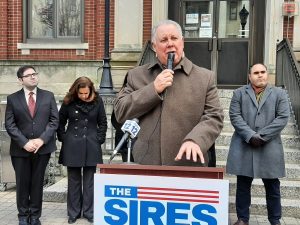 The Sires Team For WNY consists of current Commissioner Victor Barrera, the current Parks and Public Property Department head.  the first Ecuadorian Commissioner in West New York history, Barrera has 25 years of experience working with senior citizens and expanding programs and services for them. 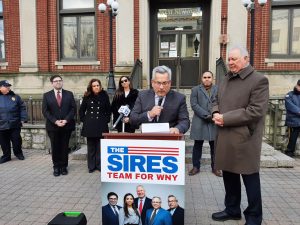 West New York’s Board of Education President for the past nine years, Adam Parkinson, has also been named to the ticket.  In 2022, Parkinson was named New Jersey’s School Board Member of the Year.  He has overseen renovations to town school buildings and Coviello Field.  Like Barrera, a graduate of Memorial High School, Parkinson is a teacher in the Weehawken school district. 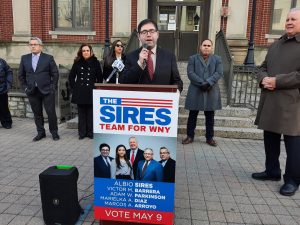 Fellow West New York School Board Trustee Marielka Diaz, the mother of a daughter in the school district, and a Library Board Trustee, came to West New York from the Dominican Republic 14 years ago.  She owns a business in town and has a Master’s Degree in Administration and a background in finance.  As a school trustee, she has supported expanded tutoring and other educational programs. 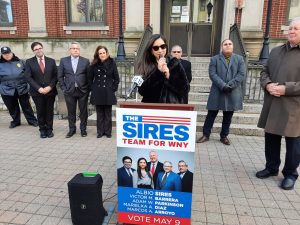 The final Commission candidate on Sires’ ticket is Marcos Arroyo, a longtime rent control advocate, who also came to the United States from the Dominican Republic and has lived in West New York for more than 30 years.  He has a quarter century of experience in housing and building management. 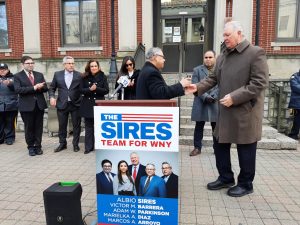 The ticket has the support of the Hudson County Democratic Organization.

Commissioner Yoleisy Yanez, who announced her support for the Sires ticket, has chosen not to seek re-election, citing her commitment to her supervisory positions in the West New York Board of Education.