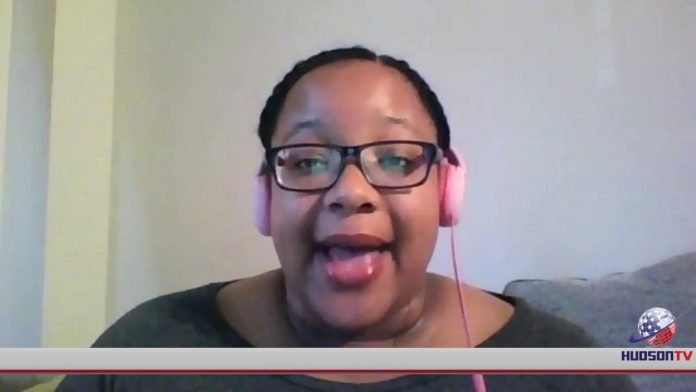 Today, action was taken when police reform legislation was signed, including the Eric Garner Anti-Chokehold Act, named after Eric Garner, who died on July 17, 2014, after a physical altercation with New York Police Officer Daniel Pantaleo, who held him in a chokehold while he yelled out, “I can’t breathe.”

Following Garner’s death, the New York City Medical Examiner’s Office ruled his death a homicide caused by neck compressions from a chokehold; however, a grand jury found “no reasonable cause” to indict Pantaleo.

After many delays, the NYPD disciplinary trial began on May 13, 2019. Then in July, federal prosecutors said they would not bring charges against Pantaleo.

It’s action that protesters across New Jersey and nationwide have found unacceptable and have been voiced during interviews following the recent death of George Floyd, who died after being held in a chokehold for 8 minutes and 46 seconds.

Hudson TV spoke to Emerald Garner, the daughter of Eric Garner, who discussed police reform legislation, as well as transparency and accountability in police departments.