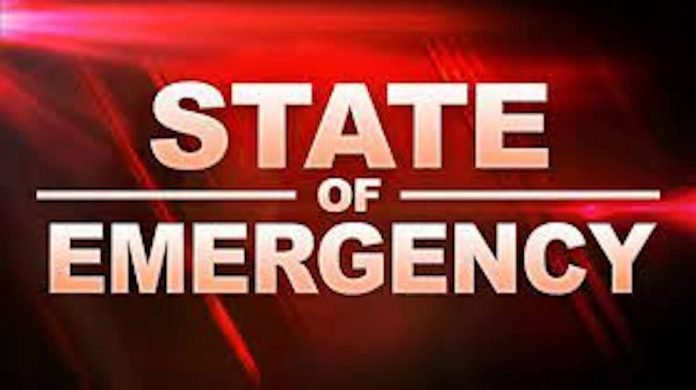 Urgency:
Future – Responsive action SHOULD be taken in the near future

State of Emergency Declared in N.J. Ahead of Looming Nor’easter Storm

Governor Phil Murphy declared a state of emergency for New Jersey late Monday afternoon as a nor’easter was predicted to slam the state with severe thunderstorms and damaging winds that could deliver up to six inches of rain between Monday night and Tuesday afternoon.

The state of emergency goes into effect at 8 p.m., officials said.

“The anticipated Nor’easter storm is forecasted to bring significant flash flooding, coastal flooding, and wind gusts across New Jersey,” Murphy said in a statement. “Residents should stay off the roads, remain vigilant, and follow all safety protocols.”“We encourage everyone to stay safe,” the governor said during his opening remarks Monday as he reminded the audience that President Joe Biden came to New Jersey in September to tour the damage from remnants of Hurricane Ida.

The heaviest rain is expected to fall overnight through Tuesday afternoon and up to six inches is expected to fall along the coast and the eastern portion of the state, according to the National Weather Service’s latest forecast. Wind gusts up to 45 mph were possible Tuesday night.

Minor coastal flooding was also possible with the high tides from Tuesday into Wednesday night, the service said.

A state of emergency is an official declaration that is used to help respond to hazardous weather conditions or in anticipation of them, according to the N.J. Office of Emergency Management. Under the declaration, the state can, in collaboration with county and local public safety officials, close roads, evacuate homes and commandeer equipment or other resources to protect public safety.

Murphy encouraged resident to visit ready.nj.gov for weather updates and safety information.
GUSTS BETWEEN 45 TO 55 MPH ARE POSSIBLE