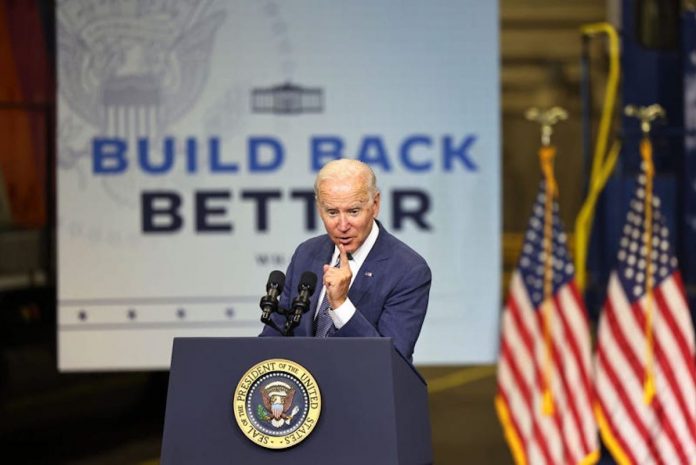 President Joe Biden came to New Jersey today, making two stops.  First, the President visited the East End Elementary School in North Plainfield, where he spoke of his Build Back Better agenda.  According to the White House, this initiative aims to “make universal, high-quality preschool a reality for all American families.” 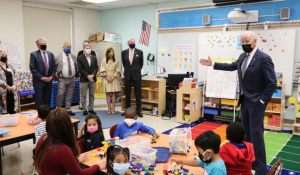 Calling it the “busiest rail span in the western hemisphere,” Biden said shovels will be in the ground early in 2022 to replace the bridge with a rail structure that is higher than the existing, swing bridge, which must stop train traffic when ships that are too tall to pass beneath it, forcing it to swing open.  Think of the recent project to raise the height of the Bayonne Bridge to allow gigantic cargo ships to pass underneath it and reach ports in Newark and Elizabeth.

“When the Portal Bridge was built, it was state of the art — and it really was, but 110 years ago.  Today, it’s been called something different: a “chokepoint,” a “bottleneck,” an “Achilles heel” of the Northeast Corridor.

But ships and barges also need to get under it, and many can’t fit.  That means the bridges need to swing open and closed again — a process that stops rail traffic and causes other problems.

The President continued, saying, “Today, we’re moving forward on a new bridge that will be higher over the water so it won’t need to open and close.  It’ll allow us to increase speed, safety, and efficiency, and capacity.  It’s going to make life a lot better for New Jersey’s commuters.  It’s also going to create nearly 8,000 construction jobs in this area alone — this area’s workers — 8,000 union jobs.  (Applause.)  Union.

It was pointed out to me not long ago that I said I’m a “union President,” that I apparently use — someone calculated I use the word “union” more than the last seven Presidents combined.  (Applause.)  Because guess what?  It’s a decent wage.  It’s about to make rail transportation — which is a cleaner, greener way to travel — the better choice for a lot of New Jersey residents, but not just New Jersey residents- — everybody up and down the East Coast.”

The new bridge is expected to cost $1.6 billion and is considered the largest project in NJ Transit history.  It is expected to take about five years to complete.

However, the Portal Bridge is just one piece of this critical transportation puzzle.  Two, new rail tunnels under the Hudson River are also desperately needed.   The President’s infrastructure bill would provide the funding so desperately needed for those as well.   It’s the project known as the Gateway Tunnel Project.

“It is time for us to give our region the modern, safe and reliable infrastructure that a 21st century economy demands and that’s exactly what the entirety of the Gateway Program will do,” New Jersey Governor Phil Murphy said of the infrastructure improvement project.