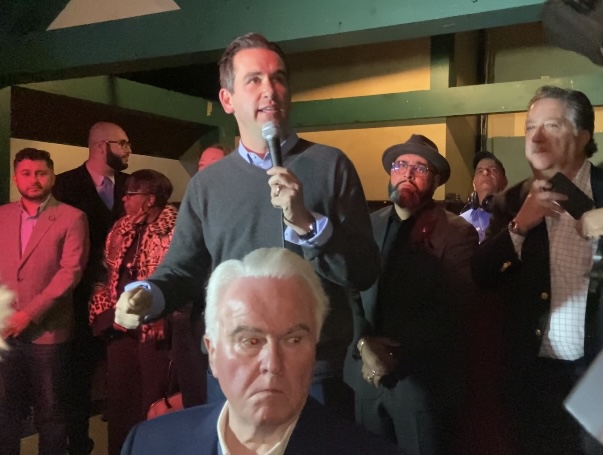 The ballots were cast on Tuesday night as Steven Fulop won the Mayoral race overwhelmingly over Lewis Spears to win his third term as Mayor of Jersey City, a feat that hasn’t been accomplished since 1947. Fulop received 66 percent of the total votes, and his ticket won out on seven of the nine seats for city council. The City Council President Joyce Watterman also won back her At Large position by the widest margin, and was joined by the other lead vote getters Daniel Rivera and Amy DeGise.

Winners of the seats of the six different Wards include Denise Ridley representing Ward A, Mira Prinz-Arey for Ward B, Rich Boggiano leading Ward C (will be facing Kevin Bing in a runoff), Yousef Saleh for Ward D, James Solomon for Ward E, and Frank Gilmore for Ward F.

Team Fulop experienced a very successful election as evidenced by the rousing crowd that came out in support for them. The candidates and constituents gathered at Zeppelin Hall Friday night as the polls closed and the election winners gave thanks to the voters in their speeches, and promising to move Jersey City forward for the next four years.