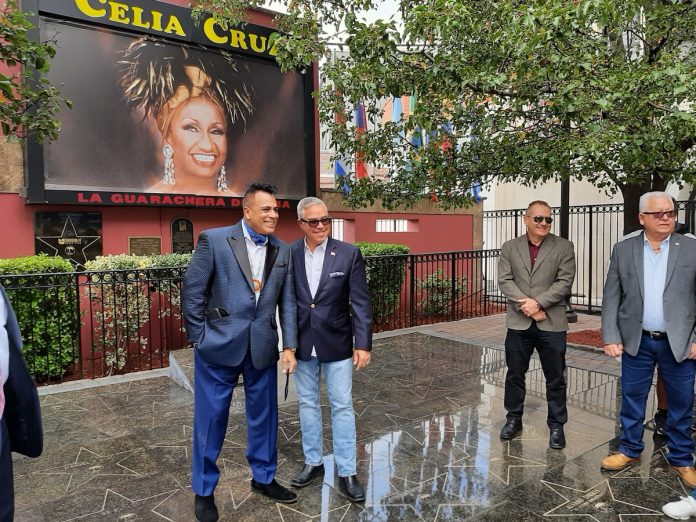 Union City and the Celia Cruz Park Committee unveiled its 56th star on Saturday, as Felipe Rose, a founding member of the iconic disco group, The Village People, came home to Union City to receive the honor.  The renown singer, dancer and actor, Rose spent 40 years with the group, before going solo in 2017.   Rose portrayed the Native American, complete in a war bonnet and loincloth.

Rose says his mother was his influence.  From Puerto Rico, she was a dancer in the 1940s and 50s at the Copacabana.

At the height of the group’s success, Rose lived in Union City.  In 2008, he, along with the rest of The Village People, were honored with a star on the Hollywood Walk of Fame and he was also inducted into the Native American Music Hall of Fame.