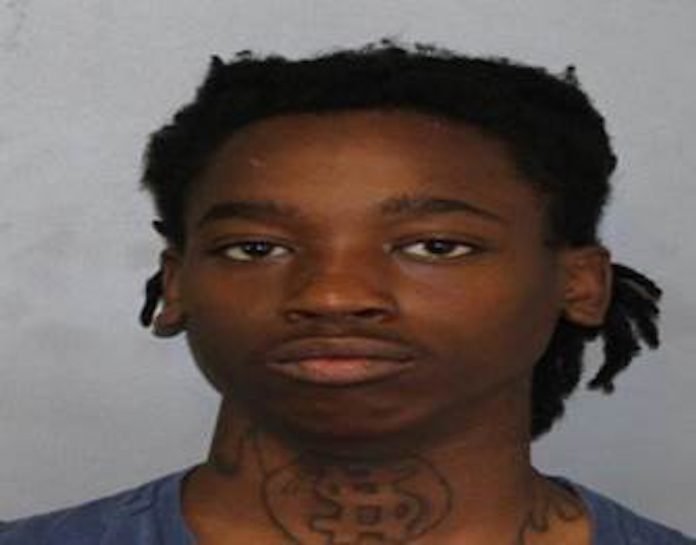 Newark – Acting Essex County Prosecutor  Theodore N. Stephens, II and Newark Public Safety Director Anthony F. Ambrose, III have announced that three males have been charged in connection with the February 22 shooting death of Romel Bottex, 18 of Newark.  Bottex was shot multiple times in front of a residence in the 700 block of South 20th Street, Newark.

The homicide was investigated by the Essex County Prosecutor’s Office Homicide Task Force which includes detectives from the Newark Police Department.  As a result of evidence developed during the investigation, three individuals have been charged. The suspects, one adult and two juveniles have been charged with Murder, Conspiracy to Commit Murder, Possession of a Weapon for an Unlawful Purpose and Unlawful Possession of a Weapon.

Jaqway McCall, age 18 of Newark, was arrested, without incident, by Newark Police and Prosecutor’s detectives at a residence in the 500 block of South 18th Street on Thursday, February 25.  The two juvenile suspects are both 17 and they were charged on Thursday evening.  Jaqway McCall has been lodged in the Essex County Correctional Facility pending a detention hearing and the juvenile suspects are being held in the Essex County Juvenile Detention Facility pending appearances in Family Court, according to Chief Assistant Prosecutor Thomas S. Fennelly.

Acting Prosecutor Stephens commended the work of the detectives and assistant prosecutors in the Homicide Task Force and he added that the detectives worked tirelessly since the shooting occurred to bring the offenders to justice. Director Ambrose added, “Sadly another life was taken and another family shattered by senseless gun violence. A serious review of the revolving door system in processing juveniles with backgrounds of repeated violence needs to be done. These arrests clearly exemplify this need.”

The charges against these individuals are merely accusations. They are presumed innocent until proven guilty.