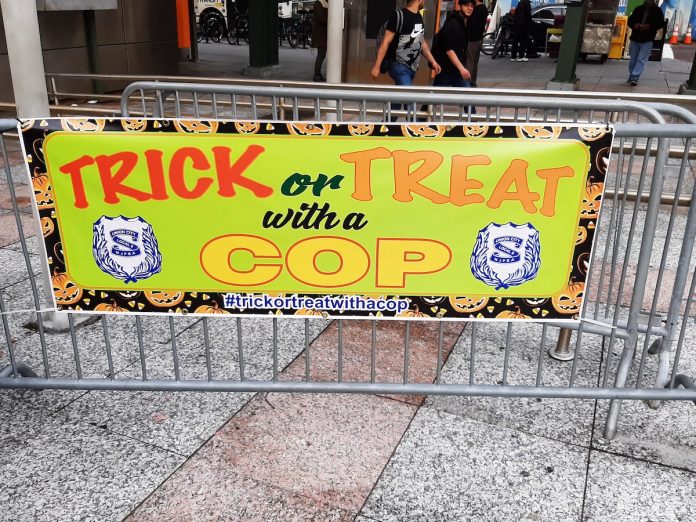 For the past six years on Halloween, members of the Union City Police Department’s PBA Local 8 have been giving out candy and other treats to local children.  The tradition continued today at the corner of Bergenline Avenue and 49th Street, the site of the NJ Transit Light Rail Station.  Police Officer David Tafur and Detective Steve Molina told Hudson TV the annual tradition began quite unexpectedly.

The spirit of the event rests at the heart of what community policing is.  Showing youngsters that the police are not their enemy, rather, they are their friends and the men and women in uniform can be trusted. 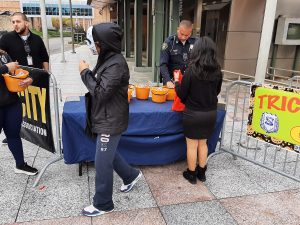 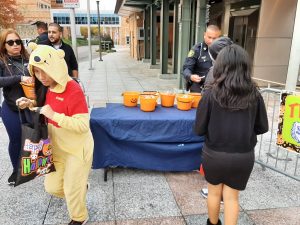 It’s all part of an effort to teach the children that, should they ever be in a situation where they don’t feel safe, the men and women in uniform can be a source of comfort and strength. 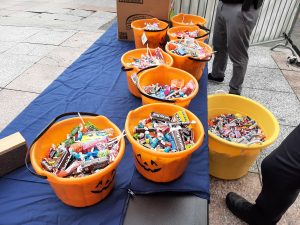 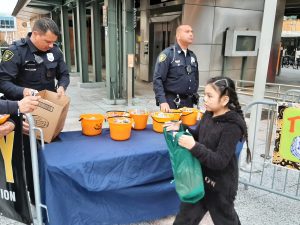 Today’s event drew a lot of children from Union City and neighboring West New York.  It was held from 4 pm until 6 pm.