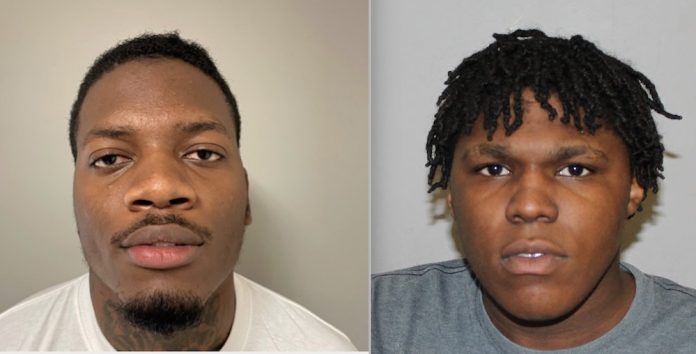 A second suspect in the shooting, Omire Rios-Williams – who is already detained pending trial at the Hudson County Correctional Center in Kearny for the May 3, 2021 murder of Emmanuel Garcia – was also charged Thursday night.

On Friday, May 21, 2021, shortly before 11:00 p.m., the Jersey City Police Department received multiple reports of gunshots fired in the area of Crescent Avenue and Brinkerhoff Street in Jersey City. Police Officers responded to the area and found a total of six victims of gunshot wounds. Two of the victims suffered fatal injuries. All of the victims are Jersey City residents.

Responding officers to the area found an unresponsive male in a vehicle in the area of Crescent Avenue and Brinkerhoff Street with a gunshot wound to the torso. The male, later identified as Randolph Black Jr., age 25, was transported by Emergency Medical Services to Jersey City Medical Center where he was pronounced dead at approximately 11:15 p.m.

Officers also found a second unresponsive male at the corner of Crescent Avenue and Brinkerhoff Street with multiple gunshot wounds to his torso and extremities. The male, later identified as Jason Crutcher, age 26, was treated at the scene before being transported by EMS to JCMC. He was pronounced dead at approximately 11:50 p.m.

A fifth male, age 35, suffered a gunshot wound to an upper extremity. He was transported privately to JCMC where he was treated for his injuries.

A female victim, age 20, was found inside a business located at 110 Monticello Avenue where she was being treated for multiple gunshot wounds. She was transported by EMS to JCMC where she was treated for her injuries.