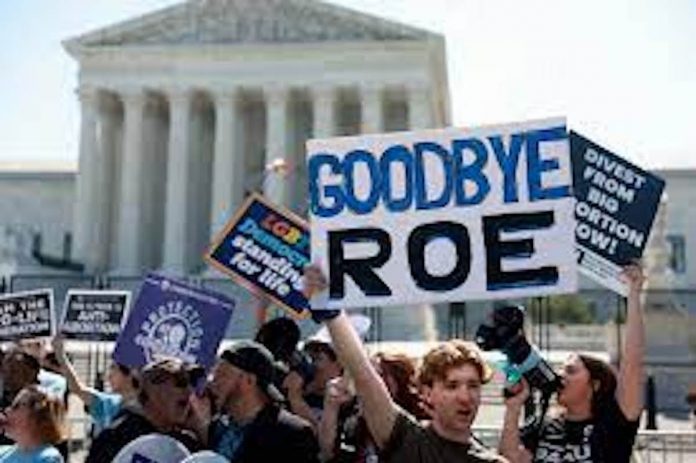 If  the high court’s Second Amendment decision didn’t send shock waves throughout the country, this morning’s Supreme Court decision most certainly will.

The Court has struck down Roe v. Wade, leaving it up to individual states to decide the fate of a woman’s right to a legal abortion.  The landmark ruling centered on a Mississippi law banning abortion rights after fifteen weeks.  New Jersey Governor Phil Murphy did not hold back in his disappointment with the Court’s ruling, stating, “No number of leaked draft opinion or any amount of speculation could have prepared American women for today’s backwards and appalling Supreme Court decision to strip away the Constitutional right to reproductive freedom.”

The Governor went on to say that “in New Jersey women will always have full autonomy over their own bodies and the right to make their own medical decisions.”

Congressman Albio Sires (D – District 8) also expressed dismay over the Supreme Court’s ruling, stating, “Never before has the Supreme Court recognized a constitutional right then taken it away. Never before has a generation of women lost a right their mothers enjoyed. Today’s Court majority has betrayed this country’s women and stripped them of their vital right of bodily autonomy. Their opinion in Dobbs v. Jackson Women’s Health Organization has overturned the constitutional right to abortion which was set in Roe v. Wade(1973) and later upheld in Planned Parenthood v. Casey (1992). Fifty years of legal precedent have been forced aside based on the extreme political beliefs of six Supreme Court Justices.

This case fundamentally changes our nation in a way I never thought I would see. It leaves millions of women without dignity, without control over their own bodies, their futures, or their families. Trigger laws are going into effect in many Republican-controlled states banning abortion even in cases of rape and incest. While denying bodily autonomy and mandating women carry pregnancies, these states are also cutting funding for services for poor families, nutrition assistance for children, and access to health care and contraception. This is not pro-life.

Far from clarifying this highly personal issue for many individuals, this decision has ignited chaos across the country. Today, women woke up in a modern society with the right to make decisions about their own bodies and many will go to sleep governed by laws from as far back as 1846. Importantly for women in New Jersey, abortion remains protected, legal, and safe. Congress needs to federally protect the right to abortion so that all women in America have access to care like those in New Jersey.

This decision will be remembered as a stain on the Court, a disgrace to the Court, and a defilement to its legacy.”

New Jersey’s Democratic State Committee Chairman LeRoy J. Jones, Jr., and Vice Chairwoman Peg Schaffer also blasted the Court, stating, “This decision is an unprecedented assault on women and their right to control their own bodies and make decisions about their own health care, and it once again proves Republicans’ utter contempt for women in this country.  The Republican Party and its agents on the Supreme Court gutted the Voting Rights Act, weakened gun safety laws that are proven to keep communities safe, and have now destroyed 50 years of legal precedent in overturning Roe — all in the service of forcing their extreme conservative agenda on an American public that absolutely does not support it.”

Friday’s ruling came in the Court’s opinion in Dobbs v. Jackson Women’s Health Organization, which centered on a Mississippi law that banned abortion after 15 weeks of pregnancy. The Republican-led state of Mississippi asked the Supreme Court to strike down a lower court ruling that stopped the 15-week abortion ban from taking place.

Justice Samuel Alito authored the Court’s opinion, writing, “We end this opinion where we began. Abortion presents a profound moral question. The Constitution does not prohibit the citizens of each State from regulating or prohibiting abortion. Roe and Casey arrogated that authority. We now overrule those decisions and return that authority to the people and their elected representatives.”

Alito referenced the dissenting opinion from Justices Stephen Breyer, Elena Kagan, and Sonia Sotomayor, stating that it “is very candid that it cannot show that a constitutional right to abortion has any foundation, let alone a ‘deeply rooted’ one, ‘in this Nation’s history and tradition.’”

Friday’s ruling is expected to lead to abortion bans in roughly half of the 50 states.

Justice Clarence Thomas, part of Friday’s majority, called on the Court to reverse other high court rulings protecting same-sex marriage, gay sex and the use of contraceptives.

Clearly, this battle is not over.  Demonstrations are anticipated nationwide, in fact, they have already begun.  The justices voted 6-3 to overturn the Roe v. Wade ruling.