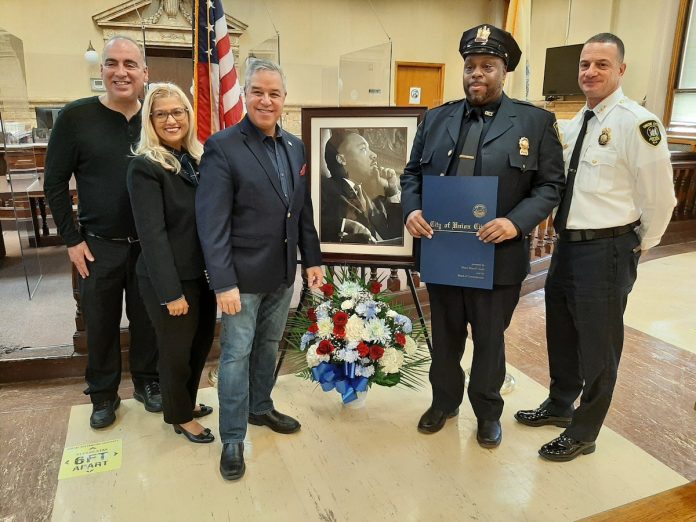 Union City Police Detective Dwayne Williams, a veteran of the force for the past thirteen years, a married father of five girls, was honored with a city proclamation. 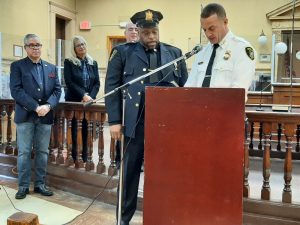 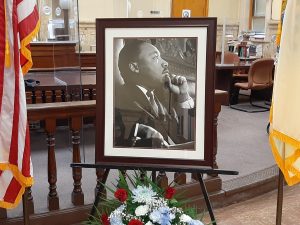 Martin Luther King Jr. was an American Baptist minister and activist, one of the most prominent leaders in the civil rights movement from 1955 until his assassination at age 39 in 1968 in Memphis.  King advanced civil rights for people of color in the United States through nonviolence and civil disobedience. Inspired by his Christian beliefs and the nonviolent activism of Mahatma Gandhi, he led targeted, nonviolent resistance against Jim Crow laws and other forms of discrimination.

The federal observance of Dr. MLK, Jr. Day is Monday.