Hudson County Prosecutor Esther Suarez announced this morning that an additional charge of manslaughter has been leveled against a Union City man in connection to the death of a Bayonne man in early August.

The Hudson County Prosecutor’s Office Homicide Unit and the Jersey City Police Department have made an arrest in connection with an assault that led to the death of a 51-year-old man.  According to Prosecutor Suarez, at approximately 10:20 a.m. on Tuesday, August 2, 2022, members of the Jersey City Police Department responded to a call for a man who had been assaulted on Bergen Avenue between Myrtle and Bostwick Avenues. 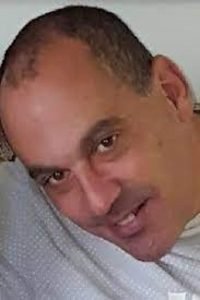 Responding officers found an unresponsive man – later identified as Anthony Passero, age 51 of Bayonne – on the ground. He was brought to Jersey City Medical Center, where he died of his injuries on Saturday, August 6, 2022 at approximately 12:40 a.m.

The Regional Medical Examiner’s Officer determined the Cause of Death to be Blunt Force Trauma and the Manner of Death to be Homicide. Robert Stevens, age 40, of Union City, was arrested on Thursday, August 4, 2022 and charged with Aggravated Assault in violation of N.J.S.A. 2C:12-1b(1), a crime of the second degree, and Endangering an Injured Victim in violation of N.J.S.A. 2C: 12-1.2a, a crime of the third degree.

Following the determination of the Regional Medical Examiner’s Office, Suarez says that Stevens has additionally been charged with Manslaughter in violation of N.J.S.A. 2C:11-4b(1), a crime of the second degree. He has been held at the Hudson County Correctional Facility since his arrest and made his first appearance on the upgraded charge today, Thursday, August 18, 2022.