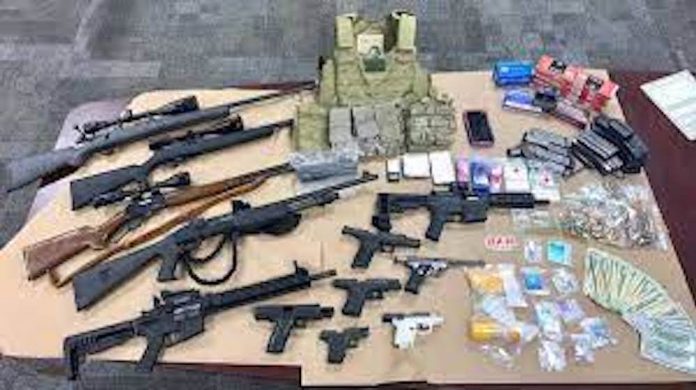 According to Musella, on October 18, 2022, an investigation by the Bergen County Prosecutor’s Office Narcotic Task Force revealed that Menier was transporting bulk shipments of narcotics through Bergen County.  During the investigation, a search was conducted on his vehicle in Carlstadt.  That search revealed a sophisticated, electronically operated hidden compartment that was discovered in the rear floor of Meiner’s vehicle  which contained an AK-47 style assault rifle, multiple high-capacity magazines for the assault rifle, numerous boxes of ammunition, and approximately one-half kilo of cocaine.

He was remanded to the Bergen County Jail pending his first appearance in Central Judicial Processing Court in Hackensack.  Prosecutor Musella says that the charges are merely accusations and that the defendant is presumed innocent unless and until proven guilty beyond a reasonable doubt.