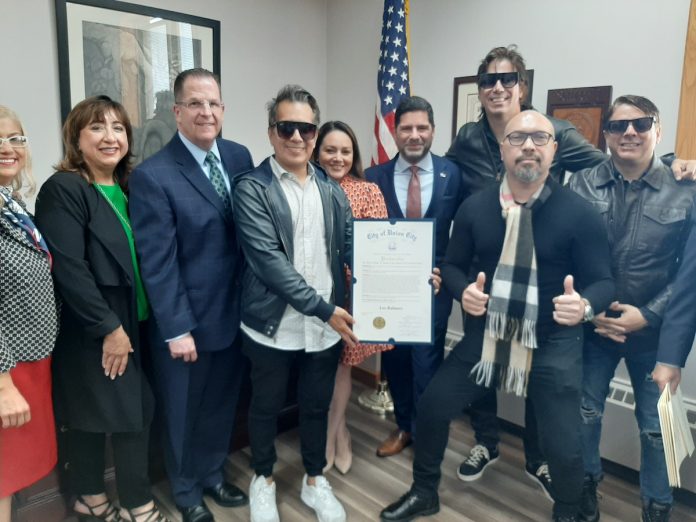 From Panama, Los Rabanes is considered a ska rock / punk rock fusion band.  They are the first Central American band to win a Latin Grammy Award in the Best Rock album category.

They were presented with New Jersey Senate Citations from Mayor and Senator Brian Stack and a City Proclamation during this morning’s visit.