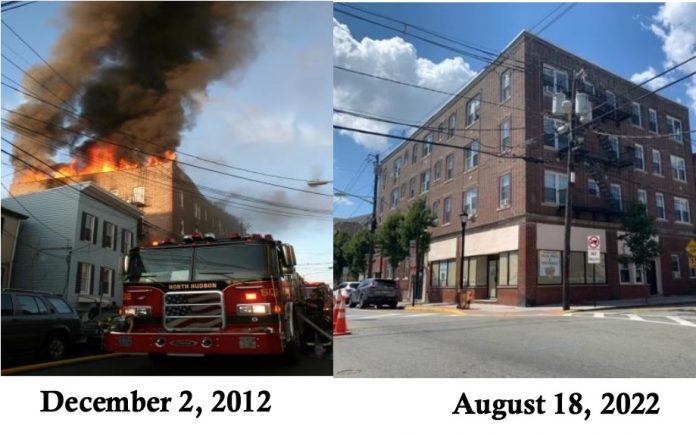 The settlement agreement, following almost a decade of legal and regulatory action at the local, state and federal levels, paves the way for tenants to return to their refurbished former apartments on or before September of this year, or receive a financial settlement if they have chosen not to return to their former homes.

Nine of the tenants have chosen to return and under the agreement their rents will be set at the rate they were paying when the fire took place at 409-415 Bergenline Avenue on December 2, 2012. Additionally, they are also entitled to a $10,000 credit against future rent, and all future rent increases will be subject to the city’s rent control ordinance.

The following statements were obtained from some of the residents who will be returning to their former apartments: