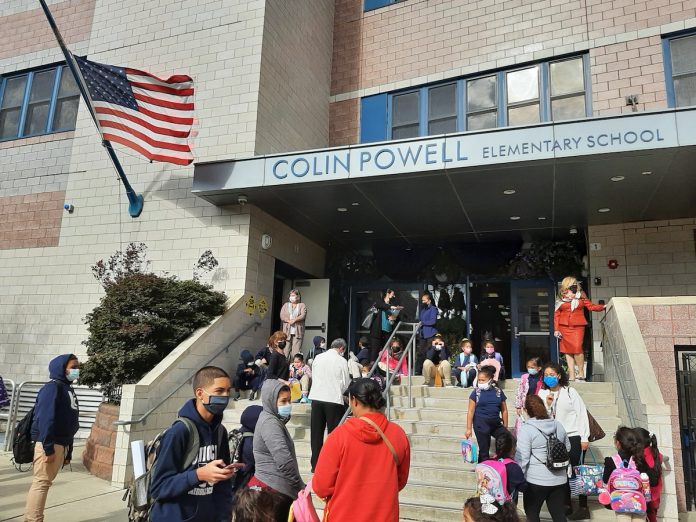 FORMER US SECRETARY OF STATE COLIN POWELL DIES AFTER COMPLICATIONS FROM COVID-19
General Colin Powell, the first Black, United States Secretary of State, has died from complications after contracting COVID-19.  A statement from his family said the 84-year old Powell had been vaccinated. 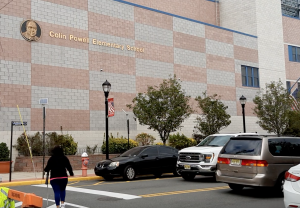 Opened in 2012, Union City’s Colin Powell Elementary School is the only school in New Jersey named for General Powell.  Union City Superintendent of School’s Silvia Abbato stated, “Born to immigrant parents, General Powell rose to become a great leader, first in the military and later in diplomacy and international affairs.  He was a trailblazer who became the youngest Chairman of the Joint Chiefs of Staff – the nation’s top military post – and the first African American to hold that position.” 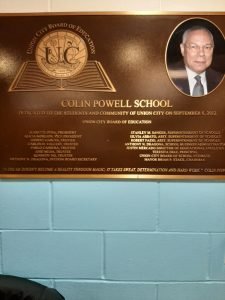 According to CNN, Powell previously had been diagnosed with multiple myeloma, a type of blood cancer in plasma cells that suppresses the body’s immune response.  Even if fully vaccinated against COVID-19, those who are immunocompromised are at greater risk from the virus, according to medical experts. 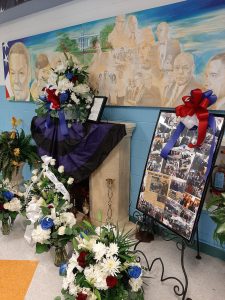 The Union City Board of Education’s Colin Powell Elementary School set up a memorial in its lobby today remembering the long list of achievements attained by Secretary Powell.  The district also released the following statement:
“The Union City School District is greatly saddened to hear the news of Colin Powell’s passing. Secretary Powell had a long and distinguished career spanning more than fifty years as one of our nation’s top diplomats and military leaders. He was awarded a Bronze Star, two Purple Hearts, a Congressional Gold Medal, the President’s Citizen Medal, the Secretary of State Distinguished Service Medal, the Secretary of Energy Distinguished Service Medal, and two Presidential Medals of Freedom–the first from President George H. W. Bush, and the second, with distinction, from President Bill Clinton–one of only two individuals to have twice received that honor.
Union City is proud to have our Colin Powell Elementary School named in honor of this exceptional American. When the school was dedicated, Secretary Powell and his wife, Alma, attended the ceremony and stayed for more than an hour afterward speaking with our students and staff. He was a gracious, humble, and inspiring man, truly a role model for our children.
The District extends our deepest condolences to the Powell family and our heartfelt gratitude to Colin Powell for a life of dedicated service to us all.” 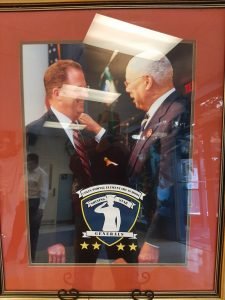 The attributes which characterized General Powell – duty, honor and service to his country -are the reasons the Board of Education and Mayor Brian Stack chose to name the new school fir him when it opened.  Those same characteristics are what the administrators, teachers and staff seek to instill in all of the students who attend, not only the Colin Powell Elementary School, but throughout every school in the Union City School system.
Students and staff at the Colin Powell School will be creating a project, which is still to be determined, that they will send to Mrs. Powell and the Powell Family expressing the school’s gratitude for General Powell and what he stood for, and for the honor the students feel attending a school named in honor of such a great American.