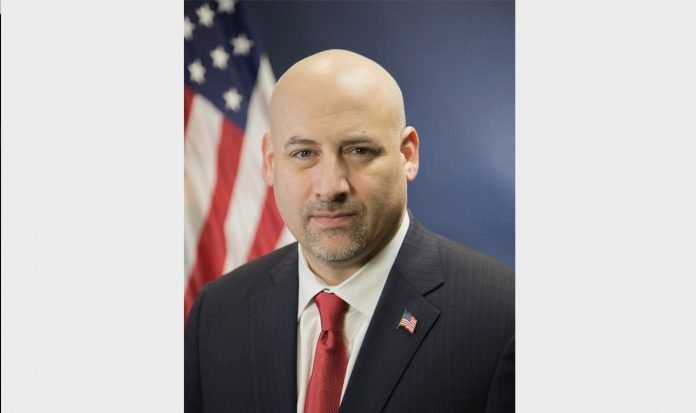 NEWARK – The United States Attorney for the District of New Jersey, Craig Carpenito, announced his resignation today, effective at 11:59 p.m., Jan. 5, 2021. Mr. Carpenito made the following statement regarding his departure and tenure in office:

Serving as the United States Attorney has been the greatest professional honor of my lifetime. It’s a dream for any line AUSA to eventually lead the office that they love. Over the past three years, we have been through a lot – the longest shutdown in government history, a global pandemic, and two tragic acts of violent extremism that led to the loss of precious lives. Through it all, we protected the great traditions of this office, the Department of Justice and the state that we all love and serve. For that, I am forever grateful.

Over the past three years, I have been blessed to work alongside a tremendous front office and an incredible group of Assistant U.S. Attorneys. The following are only a few highlights among all that we have accomplished.

We made significant organizational changes to the Criminal and Civil Divisions, beginning upon my arrival in 2018, when I re-established the Violent Crimes Unit and created the Cybercrimes and Opioids Units. Opioids was the first standalone opioids enforcement unit in the United States, and the second unit in our Criminal Division to include both criminal and civil AUSAs. As a member of the Attorney General’s Advisory Subcommittees on both Health Care and Cybercrimes, we were thought leaders in both areas and brought some of the most significant cases in the country over the past three years.

I created a third such unit at the end of 2019: The Government Fraud Unit. Keeping AUSAs conducting parallel investigations under one roof has improved communication between the two groups and increased the speed with which such cases can be brought.

We increased the number of criminal cases we prosecuted, and civil cases we brought and defended, by aggressively hiring new AUSAs and SAUSAs. Throughout all of our offices – Newark, Camden, and Trenton – staffing is at record levels. When I took office, on Jan. 5, 2018, we had only 130 AUSAs on board even though we had a total of 147 AUSA slots. Today, we have 155 AUSA slots, all of which have been filled, and 10 SAUSAs – a 27 percent increase in our headcount. We hired and filled our 17 vacant AUSA slots by improving the management of our budget, and we increased our headcount by applying to Washington for increased funding to hire eight additional AUSAs for specific slots (immigration, affirmative civil enforcement in health care, violent crime, and unemployment insurance benefit fraud). We also asked for, and received, Special Assistant U.S. Attorneys from other federal agencies, including the Securities & Exchange Commission, the Environmental Protection Agency, the Department of Labor, the United States Trustee, and the United States Postal Inspection Service, and from the State of New Jersey and many of our county prosecutors’ offices. We have hired a diverse group of 74 AUSAs from different backgrounds and experiences. Our office is as strong as it has ever been.

The federal government’s fiscal year runs from October 1 to September 30. In fiscal year 2017, the last full year before I rejoined the Office, the Office brought 870 criminal cases. In 2018, that number went up to 1,217, an increase of nearly 40 percent. In 2019, the number increased again by nearly 10 percent, to 1,333 criminal cases. And in fiscal year 2020, a full half of which occurred during the COVID-19 pandemic and all of the challenges that posed and continues to pose to law enforcement, the number increased yet again by over 15 percent, to a total of 1,535 criminal cases. As an Office, we have been working smarter and we have been working harder. These numbers reflect that.

One of my earliest priorities was tackling the violent crime problem in New Jersey, particularly in its largest cities. We moved immediately to strengthen our relationships with our state and local partners and to dedicate additional resources to investigating and prosecuting violent crime. The results were gratifying. For example, between 2017 and 2018, Newark saw a 30 percent reduction in the number of shooting victims city-wide. In 20l9, the number of shooting victims and shooting incidents declined another 39 percent when compared to the same time period in 2018. In that same year, the number of murders in Newark reached its lowest level in nearly six decades.

During my tenure, we expanded our Violent Crime Initiatives from Newark to Jersey City, Paterson, Trenton, and Camden. We dedicated more AUSAs to each of the VCIs, and we developed long-term relationships with our law enforcement partners to ensure that the VCIs would be successful. The Attorney General recognized our VCI work with AG Awards in two consecutive years, first in 2019 to the Newark VCI for cooperative law enforcement, and next in 2020 to Deputy Chief of the Criminal Division Mary Toscano, our Newark VCI coordinator, for excellence in management.

In 2020, the Attorney General appointed me to lead two nationwide task forces. On March 24, 2020, the Attorney General created the COVID-19 Hoarding and Price Gouging Task Force. Our office, under the leadership of Deputy Chief of the Criminal Division Nicholas Grippo, AUSA David Simunovich, and Chief of the Appeals Division Mark Coyne, led the charge to investigate and prosecute the illicit hoarding and price gouging of critical COVID-19 personal protective equipment. With the help of our partners in the Antitrust Division, and with resources from U.S. Attorney’s Offices around the country, we created a mechanism by which to quickly intake hundreds upon hundreds of price-gouging complaints, assign those investigations to AUSAs around the country, and quickly and efficiently bring, when appropriate, criminal charges.

On June 26, 2020, the Attorney General appointed me, along with the U.S. Attorney for the Northern District of Texas, to lead the Task Force on Violent Anti-Government Extremists. Our office, under the leadership of AUSA Dean Sovolos, stood up this task force. We appointed task force coordinators in specific regions of the country to launch and coordinate investigations, with the FBI and local U.S. Attorney’s Offices, into violent extremists such as the Boogaloo and other white supremacist groups.

We increased our prosecution of criminal and civil cases involving civil rights, dedicated more resources to this important work, and were recognized by EOUSA for our excellence in this field. On the civil side, we increased the size of our civil unit by 50 percent. And, we were awarded in 2019 with a Director’s Award, to Michael Campion, Chief of the Civil Rights Unit in the Civil Division, and AUSA Kelly Horan Florio, for Superior Performance by Civil AUSAs, based upon their record of excellence in civil rights work. On the criminal side, I appointed Joseph Gribko as our first Senior Civil Rights Counsel. Throughout our offices, we charged a number of important criminal civil rights against law enforcement officers across the state. And, in 2020, we were recognized for this work as well, with a Director’s Award, to Executive Assistant U.S. Attorney Rahul Agarwal, for the successful civil rights prosecutions of several Paterson police officers.

Another of my earliest priorities was the advancement of our eLitigation capabilities. I recognized during my time in private practice that the government had fallen far behind the pace of the private sector when it came to efficiently receiving, processing, and using electronic evidence. At my request, our Office became one of the first USAOs to participate in an EOUSA pilot program designed to revolutionize and modernize our eLitigation program. This program was such a success that members of our office and EOUSA won a Director’s Award for it in 2020, and led to Daniel Shapiro, Deputy Chief of the Criminal Division, being named as one of the co-chairs of the nationwide eLitigation initiative that followed and seeks to replicate our success.

When I rejoined the Office in 2018, the District of New Jersey was the only federal judicial district that appeared on the top 10 list of healthcare fraud hotspots maintained by the Fraud Section of the Department of Justice, but lacked a DOJ Medicare Strike Force. I acted quickly to change that, and in August 2018, then-head of the Criminal Division Brian Benczkowski and I announced the formation of a Medicare Strike Force in New Jersey. Since that time, the Strike Force has doubled in size, and now comprises four DOJ Trial Attorneys and a Chief. The Strike Force attorneys have worked cases both separately and in tandem with our Healthcare Fraud and Opioids AUSAs on healthcare fraud enforcement matters across the state.

With the DOJ Medicare Strike Force, there are now 170 federal prosecutors resident in the District of New Jersey.

“Throughout my tenure, Rachael has been my partner and principal advisor on everything that I do,” Carpenito said. “I am extremely proud and honored that she will be the Acting U.S. Attorney when I leave. The office and its legacy could not be in better hands.”