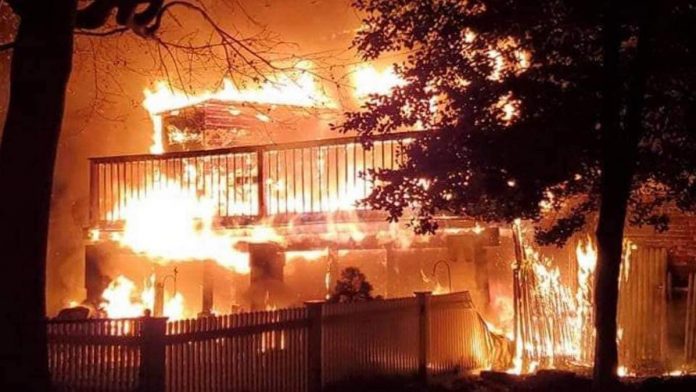 “At approximately 920pm Saturday night, firefighters were dispatched to 4th Street and JFK Boulevard for a report of fire. Arriving units found heavy fire behind 118 JFK Blvd. The fire extended to attached addresses at 120 and 122-126 JFK Blvd. The fire progressed to three alarms.

Firefighters used multiple handlines to contain the blaze which was brought under control at 1047pm. Two firefighters suffered minor injuries, were transported to BMC and released. Fourteen people have been displaced and are under the care of the Bayonne Office of Emergency Management and the Red Cross. The cause of the fire remains under investigation.

I cannot overstate how the actions of the arriving companies kept this large fire from spreading further into attached structures which comprise nearly an entire city block. Their immediate and professional actions protected homes to the east on 4th Street and south on JFK Blvd. I would also like to thank our mutual aid partners for their assistance.”