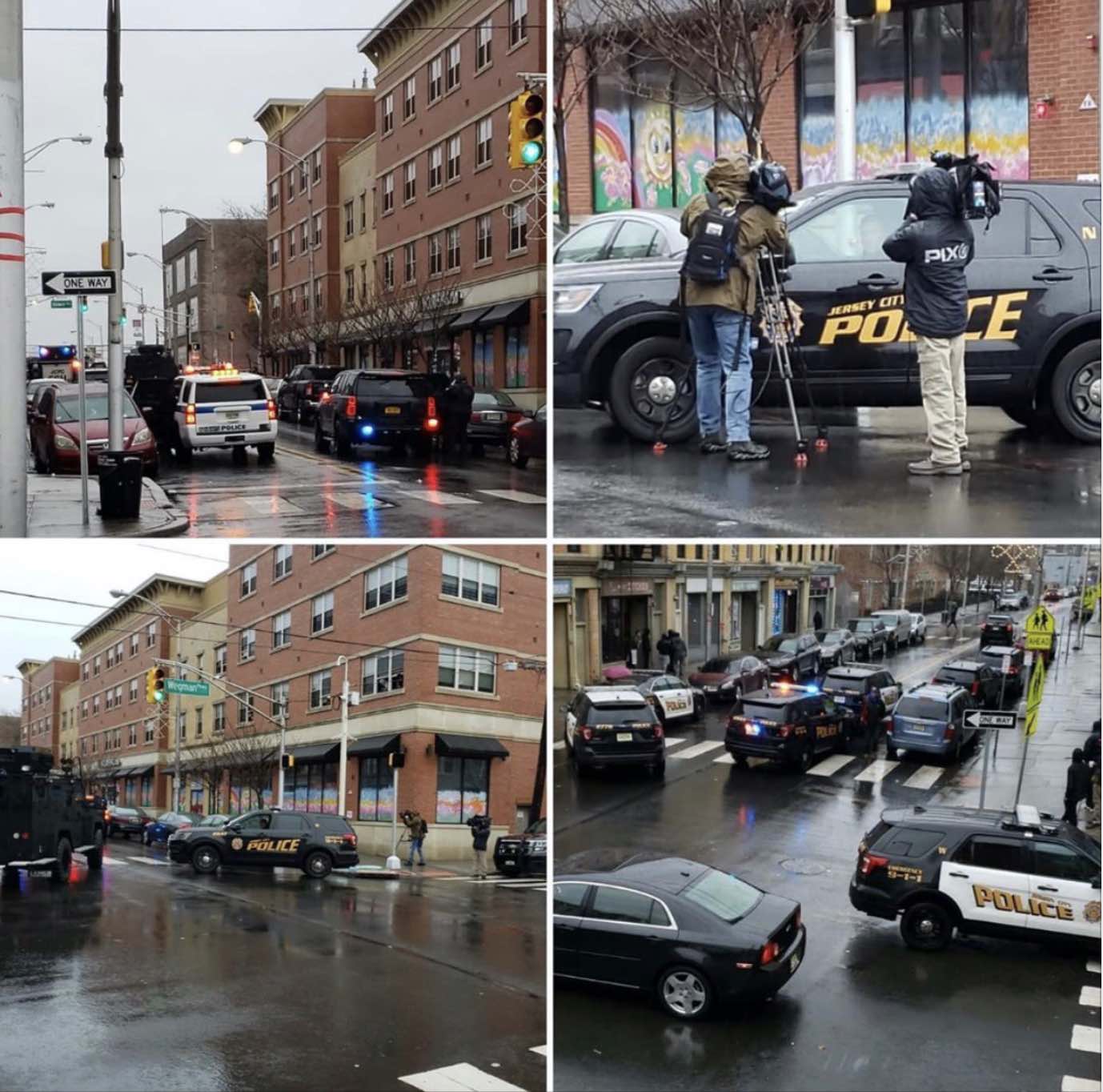 Six people are confirmed dead, including a Jersey City Police Officer, 3 civilians and 2 shooters, a man and a woman, during a Greenville shootout which began at approximately 12:45 this afternoon.

The rapid, automatic gunfire rang out at a Kosher grocery store at the corner of MLK Boulevard and Bayview Avenue. According to multiple news outlets, the gunfire was heard in rapid succession over several minutes time.

A van connected to the incident was found with pipe bombs according to other media outlets. Police were also searching for more pipe bombs in the vicinity. .

Several schools in the region were put into immediate lockdown. Students were not allowed to leave their schools and reunite with their parents until after 4 o’clock when law enforcement deemed the situation under control.

The area is known as a growing Hasidic community, but police at the moment are not deeming this as a bias incident, nor a terroristic attack.

Hudson County Prosecutor Esther Suarez issued a tweet around 3:45 pm saying the injured officers and civilians were in stable condition. As of 4:45, the Jersey City Medical Center remained on lockdown. 43 schools in total were in lockdown mode.

In addition to the Jersey City Police Department, the Hudson County Sheriff’s Department, S.W.A.T. unit, the FBI, NJ State Police and Alcohol, Tobacco & Firearms were among the law enforcement agencies on the scene.

Police remain at the location, which is now considered an active crime scene. President Trump was briefed throughout the afternoon on the situation.