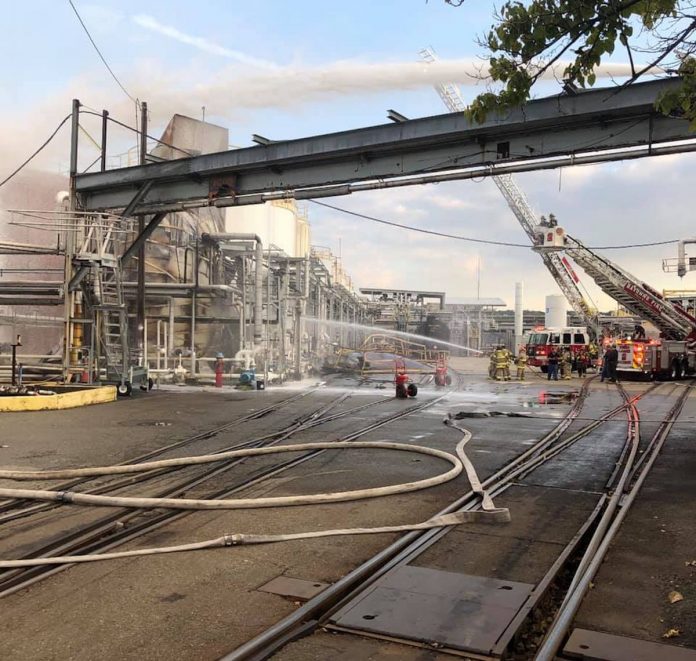 Bayonne Fire Chief Keith Weaver issued the following statement on yesterday’s multiple-alarm fire at IMTT, which was deemed to be accidental:
“Yesterday at 4:57pm, the Bayonne Fire Department responded to the IMTT industrial facility for a reported storage tank on fire.  Arriving fire companies found a storage tank on fire that was damaged due to an explosion within the tank. The storage tank was partially filled and contained approximately 600 gallons of an alcohol product. 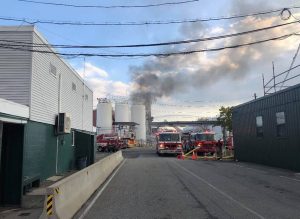 The fire progressed to two alarms. Bayonne Firefighters worked in conjunction with the IMTT Fire Department to contain the fire to one storage tank and extinguish the fire by applying foam to the fire within the tank. Firefighters also applied water to adjacent tanks to keep the fire from spreading.
The fire was placed under control at 6:26pm.
The Hudson Regional Health Commission responded to the scene to monitor the operations and clean up of the scene. There were no injuries reported. Fire Investigators determined the cause of the fire is accidental in nature.
I would like to thank and commend the members of the Bayonne Fire Department and the IMTT Fire Department for their outstanding work at the scene that prevented the fire from spreading further within the facility.”