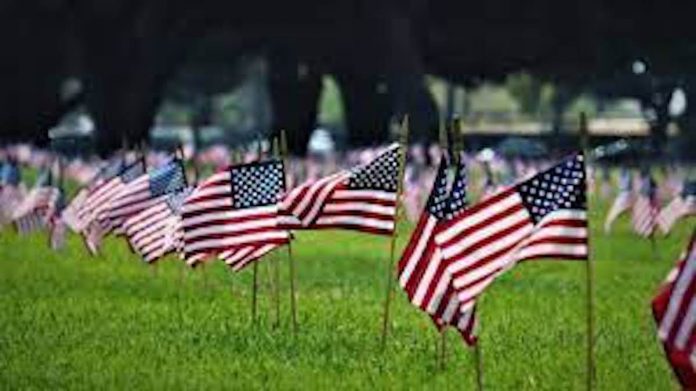 Overcast skies and a chill in the air did not dampen the spirits of enthusiastic Weehawken residents, as the Township, after a year off due to the pandemic, once again held its Memorial Day Parade, honoring those brave men and women who made the ultimate sacrifice to preserve our freedom.

Stepping off at 9:30 from Highpoint and Gregory Avenues, the marchers made their way around the township, ultimately ending with a program at Soldiers and Sailors Monument on Boulevard East overlooking the Manhattan Skyline.

This year’s parade was dedicated to the memory of longtime township resident and the man who served as Parade Master of Ceremonies for years, Joseph J. Fredericks, Jr., who passed away at the age of 97 in November of 2020.  His family has lived in Weehawken since 1867.  During World War II, Fredericks served in the Office of Strategic Services in the European Theater of Operations, the precursor to the CIA and Special Forces of today.  Fredericks was the recipient of the OSS Congressional Gold Medal.

This year the township honored two individuals as Grand Marshal, Weehawken High School graduate, 87-year old Seaman Frank Richardson, who served in the United States Navy and entered the Korean War in 1952.  He has lived in Weehawken for more than 60 years.  Sgt. Stephen D. McLaughlin, who served three years in the United States Army was the other Grand Marshal.  Age 72, he has been a Weehawken resident for more than a century.  Sgt. McLaughlin was a member of the 1st Infantry Division known as “BIG RED 1,” which was the first division called to action in Vietnam.  He participated in the “Tet  Offensive,” which was a major turning point in the war.