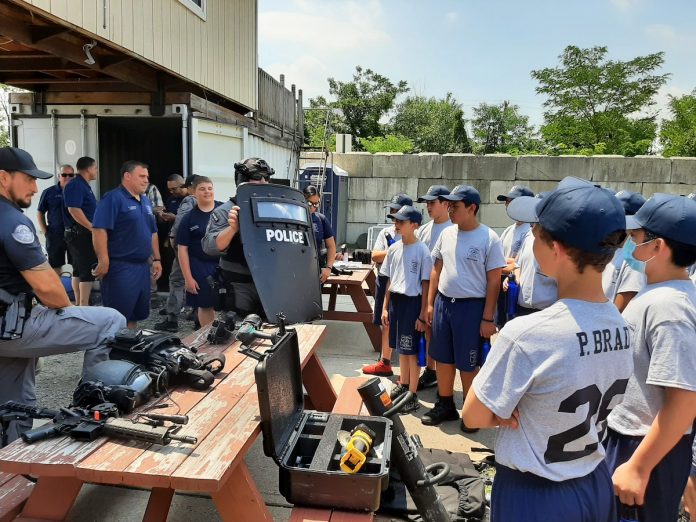 The cadets participated in a whole host of activities, classroom instruction and field trips.  The week began with the cadets getting a tour of the township’s Police Department headquarters where they were able to see and learn about the day to day operations of the force.  They saw the Property and Evidence Room and received a tour of the Bureau of Criminal Identification. In addition, they got to see the Detective Bureau, the jail holding cells, and paid a visit to the municipal court where they received information from the municipal judge about court operations. 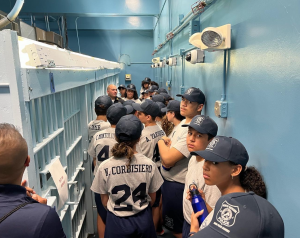 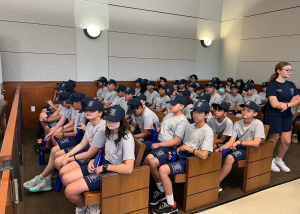 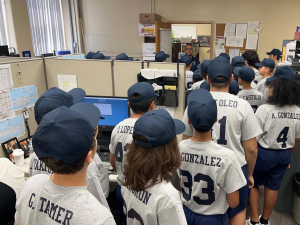 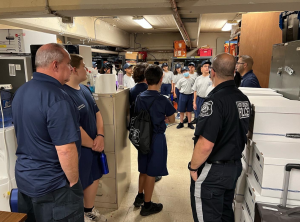 As the week went on, the cadets spent time at the North Bergen Pistol Range, where they learned about the different types of equipment used by the Police Department and the S.W.A.T. unit.  They received tours of the various armored vehicles, learned all about the police use of drones and how it can help officers locate missing people, track suspects and assist during night searches. 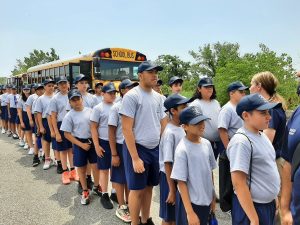 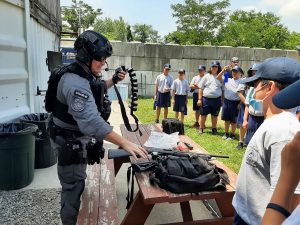 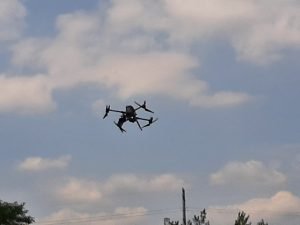 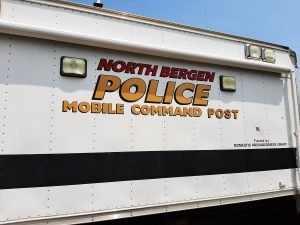 They saw a demonstration of gunfire on the pistol range by the officers and had the opportunity to ask many questions.  They spent time with members of the North Hudson Regional Fire and Rescue Department, learning about firefighting equipment and the trucks used by the Department.  They also were given a demonstration of the Jaws of Life, as the firefighters cut apart a vehicle which had been involved in a major crash. 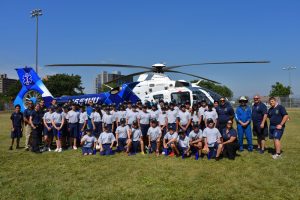 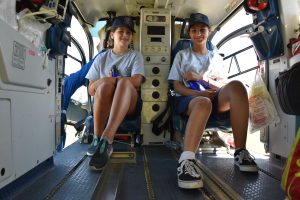 They even got to see the State’s Medical Rescue Helicopter, which actually was called away to a real job just as it arrived.  The chopper did return and the cadets learned about its capabilities. 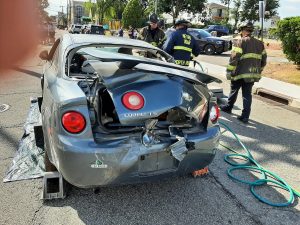 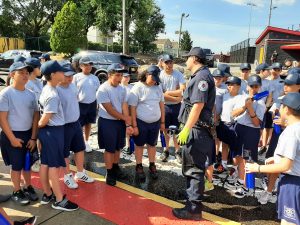 The North Bergen Police motorcycle squad gave the cadets a demonstration, which was followed by a visit by the Hudson County Sheriff’s Department K-9 Unit.  The cadets learned how the dogs train and what they can do in terms of tracking suspects or drugs through the use of scent. 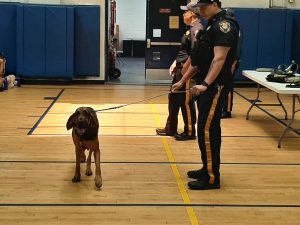 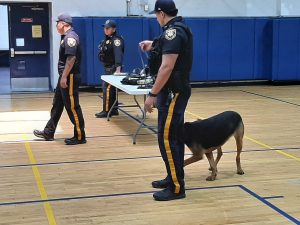 Later in the week the cadets visited the National Law Enforcement Museum in Washington, D.C. and Ground Zero in lower Manhattan where they toured the Freedom Tower and the    9-11 Memorial and Museum.  The Junior Academy ends Monday with a day of swimming and sports games at North Bergen’s Pool Complex.

It was a week of learning for a group of youngsters who wanted to attend the Junior Police Academy because of their interest in law enforcement and public safety.  Who knows?  Some may end up members of the North Bergen Police Department in years to come.