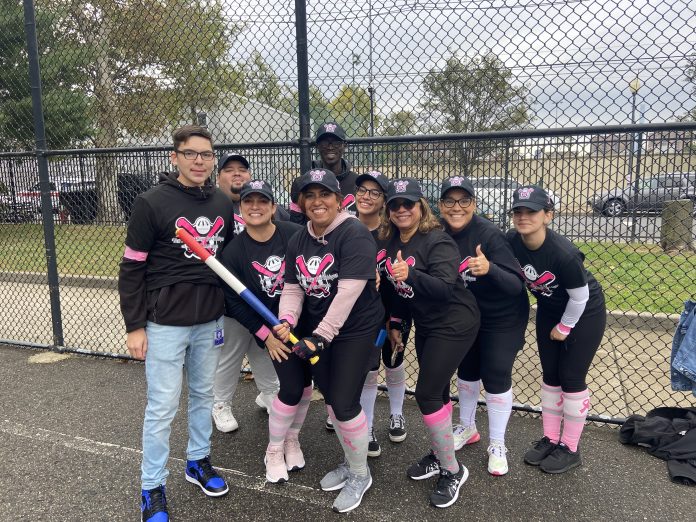 On Saturday October 23rd the town of West New York held their annual Wiffle Ball fundraiser to raise awareness and funds for breast cancer. The event was hosted by Mayor Gabriel Rodriguez, Commissioner Margarita Guzman, and the Board of Commissioners at Miller Park. There was a great turnout as a multitude of teams registered to take part in the tournament, as well as donate funds to help a great cause. Players included members of the police department, fire department, town council, and residents of WNY.

Many members of the community also attended as spectators and enjoyed a great day out with music, food, and plenty of Wiffle Ball being played. First pitch started at 10 am and games were played throughout the rest of the day into the afternoon. They played elimination, tournament style games where the team with the most wins came away with a special trophy made for the event.

50/50 raffles and donations were collected towards the breast cancer efforts, as well as a clothes and shoe drive fundraiser simultaneously. The proceeds collected will go to the Susan G. Komen organization for breast cancer research. It was a great event held for an even greater cause.