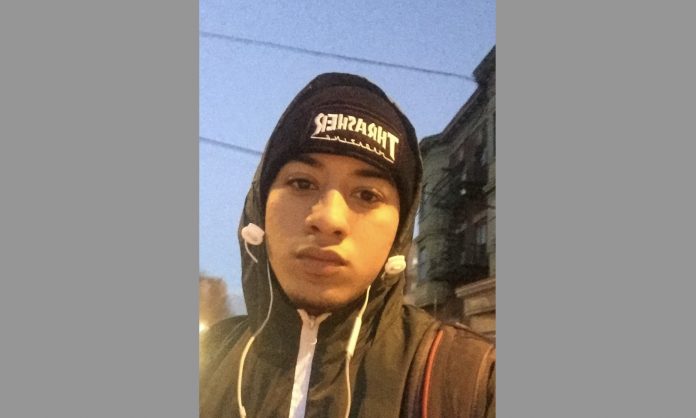 Incident Detail: On Friday, October 22, 2021, Andy Majano was arrested for the above-listed charges. At about 1:39 AM, Officer Michael Straten and Officer Jesse Castellano responded to the area of 3rd and Bloomfield Street on a report of a pedestrian struck by auto. Upon Officers’ arrival, they located a pedestrian lying on the southwest corner of the intersection. The victim sustained injuries to his head, hands, and right leg. He also complained of pain in his rib area. It was learned that the vehicle involved in the crash was traveling northbound on Bloomfield Street. The pedestrian was crossing in the crosswalk at the intersection of 3rd and Bloomfield Street from the southeast to the southwest corner. The vehicle collided with the pedestrian as he reached the southwest corner. The vehicle did not stop and continued driving north on Bloomfield Street. Soon after the officers arrived, a witness identified the vehicle involved in the crash. The vehicle had traveled eastbound on 3rd Street and was now stopped at 3rd and Bloomfield Street when it was identified. Officer Straten conducted a motor vehicle stop as Officer Castellano attended to the pedestrian. The following officers responded as backup: Sergeant Nicholas Burke, Sergeant Donald Rosso, Police Officer Anthony Olivera, and Police Officer Daniel Barron. Officer Straten suspected the operator identified as Andy Majano 24 y/o Male from West New York, NJ was under the influence of an intoxicant. Officer Daniel Grossi performed a standardized field sobriety test and determined that Majano was unable to safely operate a motor vehicle. Majano was placed under arrest for Driving While Intoxicated. A search of Majano’s vehicle revealed 21 bags over 6 ounces of suspected Marijuana. Majano was transported to headquarters where he refused to provide breath samples for chemical testing. Majano’s criminal charges were placed on a warrant and he was transported to the Hudson County Correctional Facility. The pedestrian has been released from the hospital.