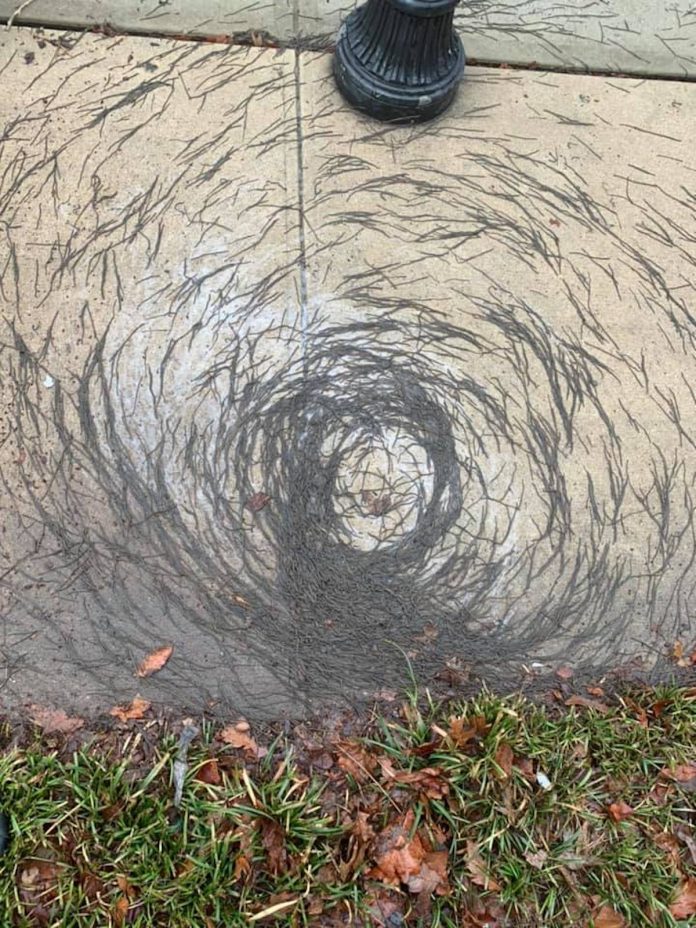 OK, you’ve probably heard of the SyFy Channel’s movie franchise Sharknado, right?  Ian Ziering.  Beverly Hills, 90210 alum?  No?  Check them out.  Rally goofy movies about sharks attacking….wait, I am getting off track here.

While the Sharknado movies are pure fantasy, the Hoboken wormnado from a week and a half ago was real live, actual science.  That’s right, wormnado.  You may have already seen the photos posted online by Hoboken’s Second Ward Councilwoman Tiffanie Fisher on March 25.  They were sent to her by a resident who chose not to be identified. Hundreds of worms which were out on the sidewalk near Maxwell Park, forming a circular, tornado-like shape.

We all know earthworms come out of the soil when there’s rain.  It’s quite common to see them on sidewalks during the spring.  But this, well, this was really odd.  It kind of makes you want to reconsider that pasta dinner you were contemplating tonight.

So what caused it?  Good question.  Scientists are even baffled.  Councilwoman Fisher wrote in her Facebook post, “…this is something I’ve never seen.”  That makes two of us, Councilwoman.

Livescience.com picked up the story and ran with it, including video interviews to boot.  You can read the article by going to the following website: