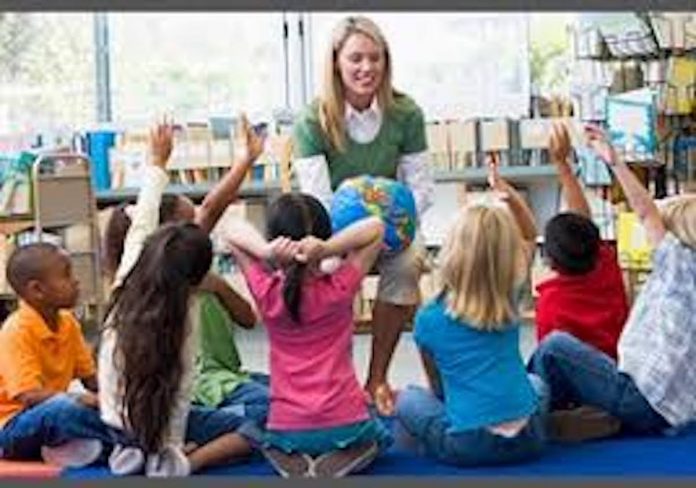 Both Houses of the New Jersey Legislature have passed legislation that would mandate the teaching of complex, sexual issues, including gender identity, to children in kindergarten.  You read that correctly.  Sex Ed for kids in public schools as young as five years of age.

Governor Phil Murphy has yet to sign the legislation.  There is opposition to the proposed new law from a group calling itself The Family Policy Alliance of New Jersey.  The Alliance has been circulating a petition against the proposal.

The bills, A-4454/S-2781, are sponsored by numerous legislators.  On the Assembly side, Hudson County’s Angelica Jimenez (D – District 32) and Angela McKnight (D – District 31) are co-sponsors.

The original draft of the bill, sponsored by former Governor and current State Senator Richard Codey, mandated sexual and gender identity diversity lessons in grades 9 through 12. It was amended in the Education Committee on December 7 to include school aged children as young as kindergarten. Senate Education Committee Chairwoman Teresa Ruiz (D) clashed sharply with Senator Michael Doherty (R) over this diversity bill in the committee hearing, and Senators Joe Pennacchhio (R), Michael Doherty (R), and Robert Springer (R) spoke out in opposition against the bill during the Senate vote.

The bill now heads to the Governor’s office and awaits his signature or veto.

Shawn Hyland, Director of Advocacy for Family Policy Alliance of New Jersey, offered the following statement: “Students should learn to be respectful of others’ beliefs and backgrounds based upon their unique experiences and cultures. However, ‘diversity’ trainings in public schools are the very opposite of respect. These types of trainings have been used to force students to adopt the sexual beliefs of the state government – against their own religious beliefs. Tragically, students who do not rethink and revise their religious beliefs are often excluded and disliked by peers, while they are put down and embarrassed by their teachers. And, to make matters worse, this bill would require that these harmful and sexualized lessons be taught to children who are so young they are just learning to tie their shoes.”

“This bill has nothing to do with anti-bullying policies but rather imposing a belief system on children who are too young to even understand the complexities of these lifestyles,” said Republican Senator Jim Holzapfel. “Teaching students about diversity is one thing, but to bring these lessons into a classroom full of 5 and 6 year old’s is ridiculous.”

Republican Senator Chris Connors and the district 9 legislative team also expressed that parents will be outraged once they are informed of the impact of this bill. “If this legislation is enacted, many parents across the state will be shocked and rightfully livid when they learn that their young children are being indoctrinated about sexual orientation when they should be focusing on mathematics, science, and reading.”

If the Governor signs the legislation, sexual issues including diversity would be taught to public school students in grades K through 12 beginning in September.