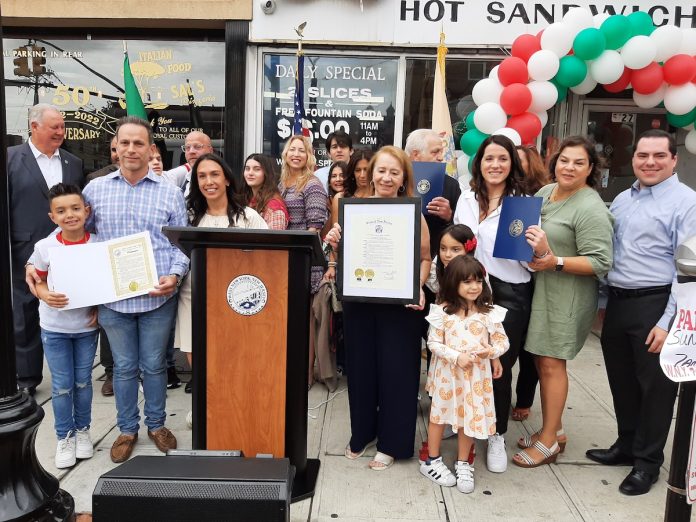 On June 22, 1972 Gennaro Ranaudo opened Sal’s Pizzeria at 61st Street and Bergenline Avenue.  An American dream come true for a man who came to the United States from Avellino, Italy two years earlier.

Now fifty years later, after seeing his business become a staple of the community, with his wife Maria and their two sons and their families involved in the daily operations of the pizzeria, West New York has honored the Ranaudo Family by re-naming the corner Sal’s Pizza Way. 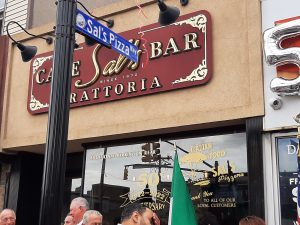 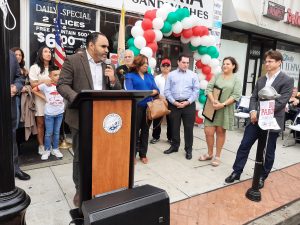 Customers all say Sal’s is so much more than a business…it is a family for everyone who steps inside and places an order.  Town officials who attended Sunday’s ceremony said they have been coming to the pizzeria since they were kids.  Assemblywoman Angelica Jimenez even said as a child she “had a crush” on Gennaro.  That food must really be good!!! 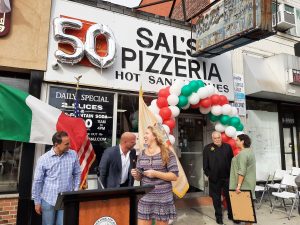 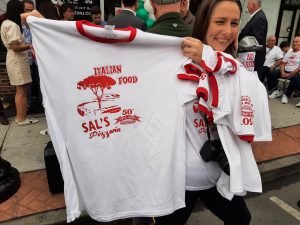 Brothers Rocco and Dominick have been working at the pizzeria since they were in grade school.  Now, as owners, they say they “it’s like being at home when they are working.”  They know their customers’ families.  They know what dishes they love.  In addition to walk-up business, catering is a big part of the operation.

During the pandemic, Sal’s was able to stay afloat through drop off delivery orders, a testament to the loyalty of their clientele.  The family is truly appreciative for its customer base and to the town for Sunday’s honor. 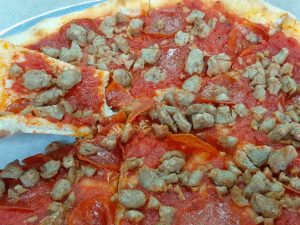 What does the ownership consider to be their top dishes?  Aside from pizza?  Penny vodka and chicken parm.  Sal’s is open from 11 am until 11 pm, six days a week.  They are closed on Monday.  Hey, even the best needs a rest sometime!!!