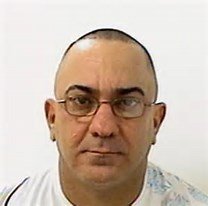 A West New York fugitive wanted for the February 15, 2012 shooting death of his wife in the Dominican Republic, has been captured in Reading, Pennsylvania.

On Thursday, New Jersey State Police and the U.S. Marshals Service announced that 62-year old Felix Peguero-Mendez was arrested last week in a home he had recently been staying in 130 miles west of Hudson County.

Authorities say Peguero-Mendez allegedly shot his wife between six and eight times and then assumed a new identity.  Federal law enforcement also confirmed that the suspect had lived in Massachusetts and Newark, New Jersey before ending up in Pennsylvania.

He was captured without incident during an early-morning raid that involved the U.S. Marshals Service Fugitive Task Force.  He was taken to a federal prison awaiting extradition to the Dominican Republic.