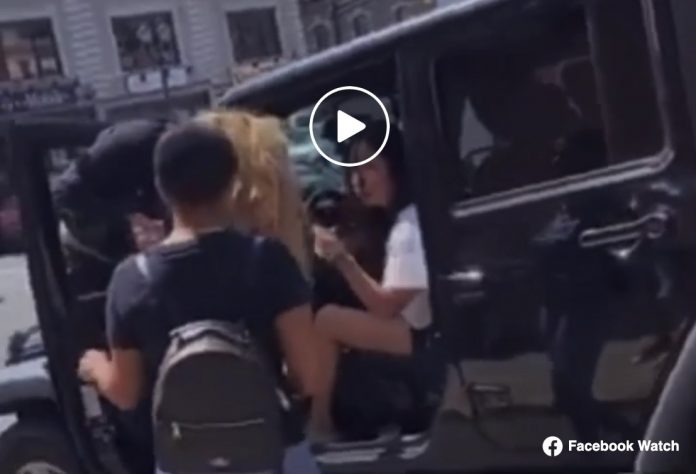 Ever seen someone stuck in a car window? Bergenline has many experiences to offer.

A 34-year old Jersey City woman faces two counts of assault after she attacked another woman on a West New York street on Saturday July 9.  According to a complaint filed in West New York Municipal Court, the assailant, Grushenka M. Ruano-Figueroa, who reportedly was known by the victim as Pancria Panfila-Ruano, was attacked at the corner of Bergenline Avenue and 67th Street at approximately 11:20 am.

According to the complaint, West New York Police responded to the area on a report of a dispute in progress.  The victim told the officers that the assailant had driven by her, yelling and screaming profanities at her.

The victim told police she had previously had money issues with the assailant, and she believed that prompted Saturday’s incident.

When the victim approached the assailant to ask her why she was so irate, she was grabbed by the hair and forcibly was pulled into the open car window.  The assailant then began to close the window on her torso so she could not leave.

The female victim sustained pain to her scalp according to police, who say she refused medical treatment at the scene.

Because of the conflicting information pertaining to the assailant’s name, police used a law enforcement tool known as TLOxp to verify the assailant’s telephone number and vehicle license plate.  That investigation confirmed the assailant as Grushenka M. Ruano-Figueroa.

A date for Ruano-Figueroa to appear in Central Judicial Processing Court in Jersey City was not immediately available.