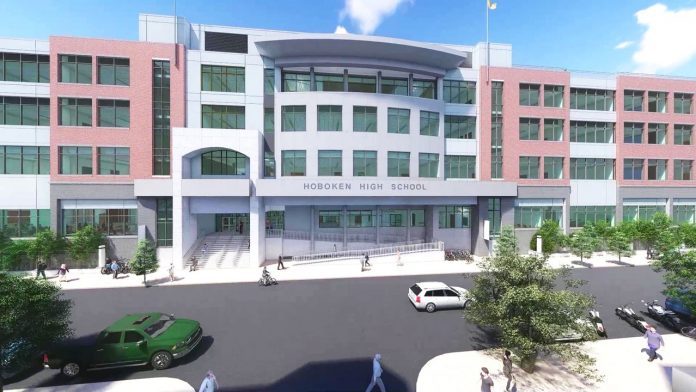 In an opinion emailed to Hudson TV, Hoboken Library Board of Trustees President Jerome Abernathy urges Hoboken residents to vote no in Tuesday’s Board of Education referendum to construct a new, $241 million high school:

Dear friends and neighbors-
This upcoming Tuesday we’ll be asked whether we want to pay for the construction of a new high school at a cost of $241 million ($331 million including interest).  Your vote will never matter more than in this referendum.  I want to make a final case as to why you should vote NO, and ask the BOE to come back with a better plan.
First the facts:
Here’s why we oppose the referendum:
We know that it has been hard for Hoboken residents to get unbiased facts about the referendum and that it has been painful to see personal attacks leveled against neighbors.  But it was the BOE’s disregard for community engagement and transparency that has brought us here.  Most NO voting residents would gladly pay more taxes if that funding clearly and demonstrably improved student outcomes for every child in Hoboken public schools. Rather than focusing only on the valedictorians, the athletes or the AP student, as the supporters of the project have chosen to, we ask you to remember the many students who are none of those things.  They are all good kids who need a high school that will give them the academic tools necessary to have a bright and successful future.  We wish this plan had shown how it would accomplish that.  We are saddened that it has not.
To cast your vote in this important election, you can do any of the following:
The BOE needs to revise their plan, this time working collaboratively with our community and putting the education of all children in our district first.  That can only happen if you vote NO on Jan. 25th.
Thank you,
Jerome D. Abernathy