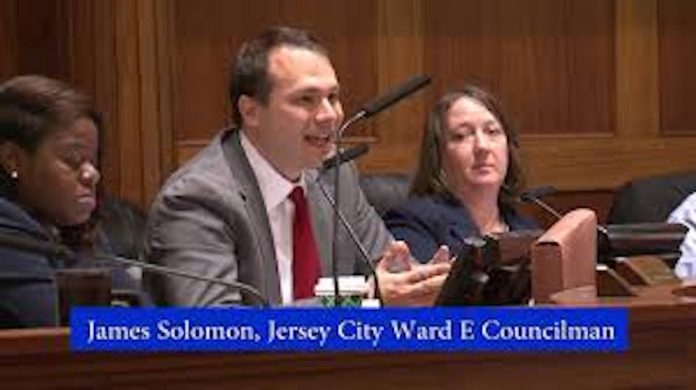 Jersey City, NJ – The Jersey City Anti-Violence Coalition Movement, the ACLU-NJ, and Councilmember James Solomon this morning released a draft ordinance creating a strong, independent Civilian Complaint Review Board (CCRB) for Jersey City Police Department. The coalition’s CCRB ordinance, which will be introduced for a first reading at the September 23 meeting of the Jersey City Council, enacts five core principles:

“We hold an uncontroversial belief: that everyone in Jersey City should be treated with dignity by police officers. And that belief led us to model a CCRB that can really build trust between our officers and our community,” said Jersey City Anti-Violence Coalition Movement Pamela Johnson.

ACLU-NJ Executive Director Amol Sinha added, “These five core principles define a strong CCRB. Without any one of them, the board’s ability to deliver independent oversight is severely diminished. We are excited to see an ordinance advance with key pillars in place to demonstrate to officials in Trenton the strong demand for CCRBs statewide.”

For more than three years, members of the Jersey City Anti-Violence Coalition and other South Side community activists have called for a CCRB. Beginning in June 2020, they met regularly with neighborhood residents, law enforcement representatives, Councilmember James Solomon, the ACLU-NJ’s attorneys, and hosted a citywide August 19th town hall attended by over 100 people. They’ve created a community-driven, thoroughly researched ordinance providing Jersey City residents the authority to track, investigate, and create consequences for police misconduct in Jersey City, and to do so in a transparent way that builds community trust.