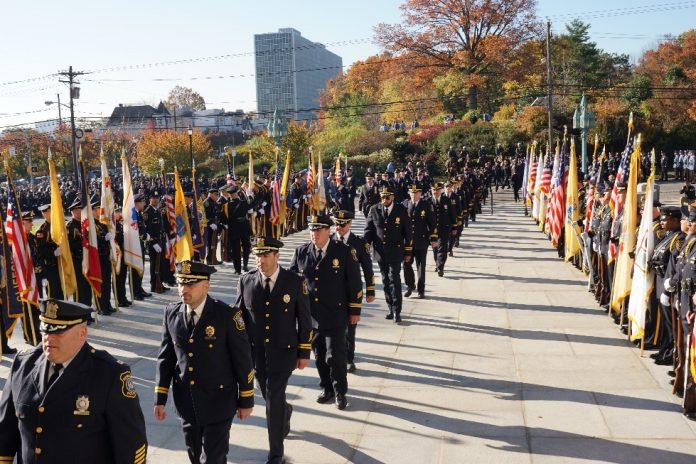 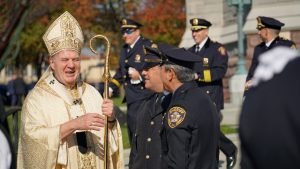 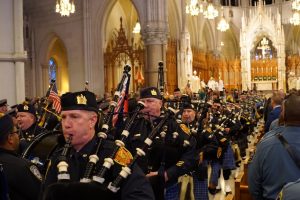 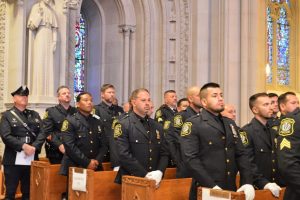 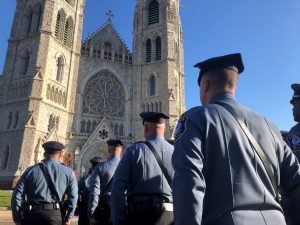 Cardinal Tobin also acknowledged the good work of all active-duty law enforcement in his homily, citing the two Newark officers who were recently shot as examples of the police’s selflessness. He then asked everyone who is not in law enforcement to reflect on what God wants from them. They may not wear a badge, he said, but they can still follow the police’s example of helping those in need.

“We’re called to model mutual respect in the honest search for the common good, excluding no one from that process,” Cardinal Tobin said. “Saying ‘yes’ to God is something believers are called to do each day. (They) choose good over evil, truth over lies, and love for others over selfish gain.”