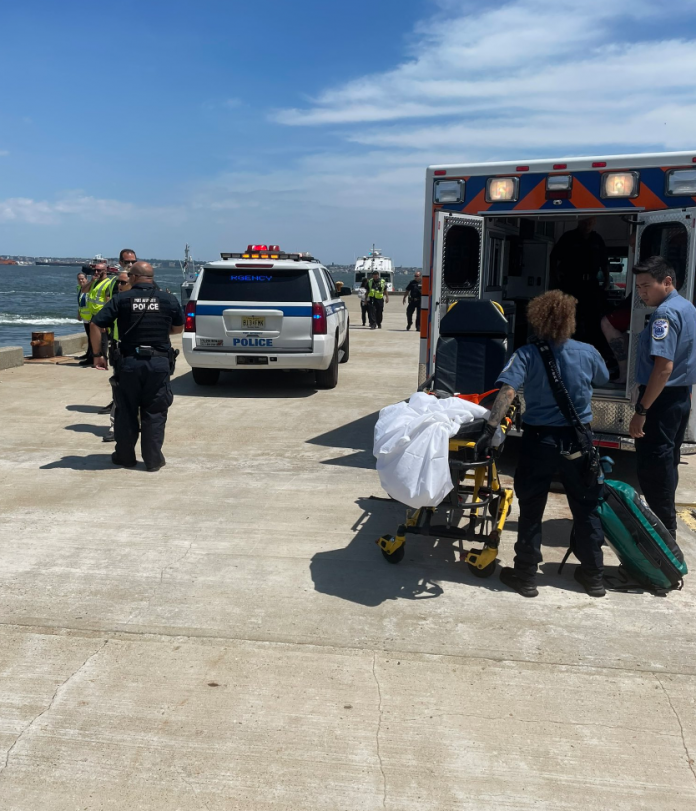 Bartos said, “A man and a woman had fallen off their jet ski, which was taken away by the current.  Members of Royal Caribbean and PANYNJ Police had thrown life rings to both, who were attempting to make it toward shore.”

The Bayonne Fire Department immediately dispatched Marine 1 and land-based units, and a rescue swimmer went into the water.  Bartos says firefighters were able to remove both people safely from the Bay. 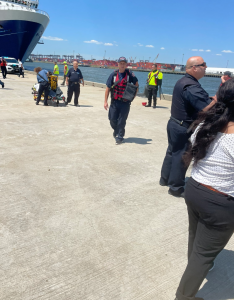 McCabe Ambulance transported the female victim to a nearby hospital, while the male victim was treated an released at the scene. 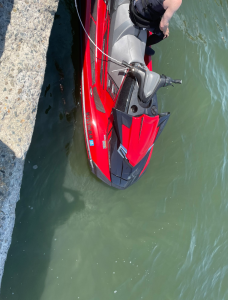 Deputy Chief Bartos added, “I’m very proud of our firefighters, as they always move quickly and professionally to respond to the needs of our community.”

Bartos credited the fact that both victims were wearing personal floatation devices.  Had the jet skiers not been wearing the PFD’s, the situation could have resulted in drownings.