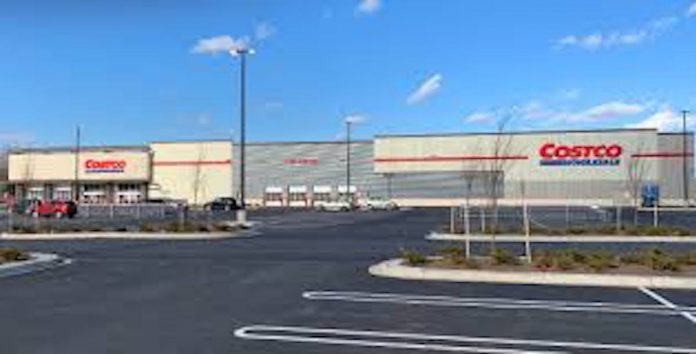 Bayonne Police have apprehended a 24-year old, Bayonne man for his involvement in a fight in the Costco parking lot on October 14.  According to Captain Eric Amato, Kane M. Young of Avenue A, was taken into custody on Friday afternoon at 2:45 in the area of 31st Street and Broadway after an investigation into an aggravated assault outside of Costco was reported nine days earlier.

Amato says officers responded to the Costco parking lot at 2:26 pm on October 14 after receiving reports of a fight in progress.  Upon arrival, officers spoke with the 23-year old, male victim and a 30-year old, female victim who both said they were approached by Young as they were walking through the parking lot.

The woman told police she positioned herself between the male victim and Young because of ongoing issues the two men had been having recently.  That’s when Young struck the woman in the face with his fist, and struck the male victim several times about his face, causing severe injuries to his jaw.  He was treated at an area hospital.

As police were in the process of arresting Young on Friday, it was learned he was also wanted on two, outstanding warrants; one from Bayonne and the other from Jersey City.

Young has been charged with aggravated assault , plus three warrants, the third for being at lrge since the assault occurred.

Captain Amato also reports that 40-year old, Jamil J. Golson of West 19th Street in Bayonne, was arrested at 7:55 on Friday morning in the area of Kennedy Boulevard and 17th Street.  Police responded to an apartment complex on a report of someone attempting to gain access to the roof.

When police arrived, they encountered Golson, who tried to walk away after police told him not to leave.  He was subsequently placed under arrest for obstructing a government function.  Police did not see Golson attempting to gain entry to the roof.

At 6:28 on Friday night, Bayonne Police arrested 36-year old, Christopher C. Johnson of Kearny venue in Jersey City.  Captain Amato says he was taken into custody near the QuickChek at 260 Broadway for panhandling on the property.  He had been told numerous times in the past by both store employees and the police that he was not permitted to be on the store’s property.

He has been charged with defiant trespassing.