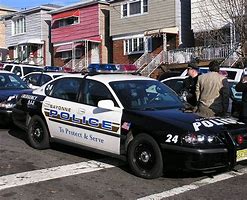 At 3:23 on the afternoon of January 30, a 2016 Chrysler Minivan was reported stolen to Bayonne Police.  According to Lieutenant Eric Amato, the motor vehicle theft occurred at the corner of 34th Street and Kennedy Boulevard.

As of 7 o’clock on Sunday morning, February 2, the vehicle had not been recovered and a police investigation continues.

Lt. Amato reports that 33-year old, Nicholas Cupo of Bayonne was arrested, issued a summons and taken into custody at 2:54 pm on January 31 on drug possession charges.  Cupo was picked up in the area of 6th Street and Broadway, charged with possession of heroin, a controlled dangerous substance, along with possession of 50 grams or less of marijuana.

Also on January 31, Christeen  Gohar-Guirguis, a 28-year old resident of East 27th Street in Bayonne, was issued a summons for DWI.  According to Lt. Amato, she was taken into custody at 4:31 in the afternoon in the area of 27th Street and Broadway.