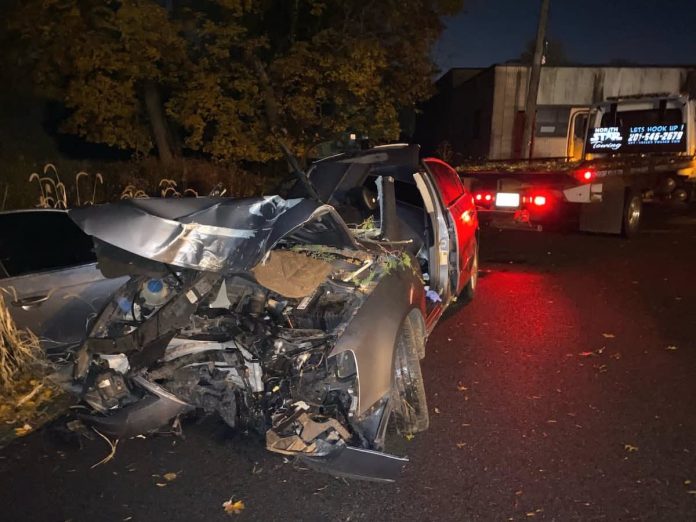 According to Tenafly Police, the Bayonne woman had to be cut our of the passenger seat with the Jaws of Life after the Sedan slammed into a tree and totally destroyed the car. 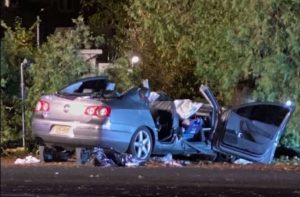 One of the injured, backseat passengers was able to flag down a police car.  The name of the driver, who died at the scene, was not immediately released.  The three passengers were taken to Hackensack University Medical Center for treatment.

Tenafly police and firefighters, along with the borough’s Volunteer Ambulance Corps and Dumont Fire Rescue, were among the first responders.

If you have any information about last night’s tragedy, you are asked to call the Tenafly Police Department at (201) 568-5100.