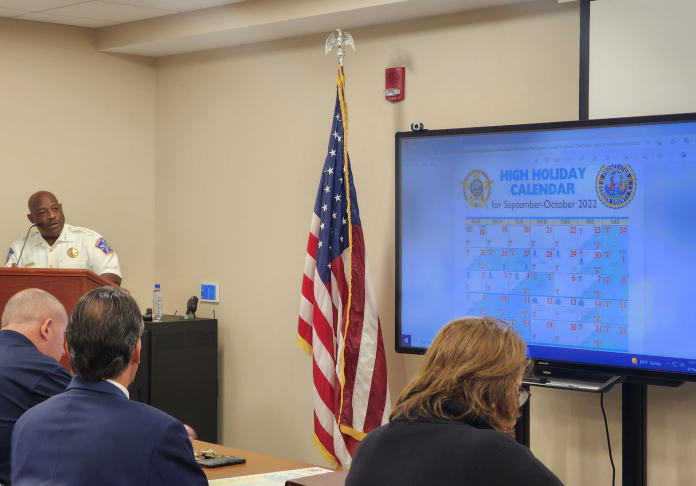 The briefing which addressed concerns of increased bias incidents, security safety, pedestrian safety, and the importance of establishing open lines of communications, was attended by local community leaders from Bergen County synagogues. 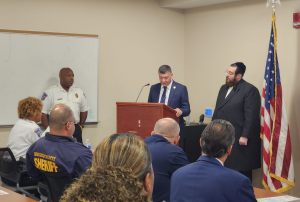 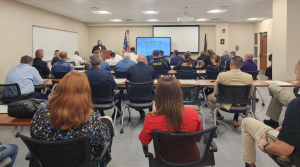 Sheriff Anthony Cureton stated “With Rosh Hashanah, Yom Kippur, Sukkot, and Simchat Torah quickly approaching, we thought it was important to give local religious leaders an opportunity to bring community concerns to the attention of law enforcement and learn about safety precautions that will be put in place during the busy Jewish high holy season. While there is no current or specific threat, the Bergen County Sheriff’s Office plans on deploying extra patrols to synagogues, neighborhoods with higher Jewish populations, and other potentially sensitive locations during the holy season. By the same token, it is also important for law enforcement to have a constant dialogue with faith communities especially during times of high worship. It is crucial that residents feel Bergen County is a welcoming place for everyone and that starts with making sure everyone knows law enforcement is here to keep us all safe.”

Prosecutor Mark Musella said, “The safety briefing was an opportunity to reassure the community that Bergen County law enforcement is proactive in preventing acts of violence while also being prepared to rapidly respond if necessary. Communication is key – between law enforcement agencies and with the public – so if you see something, say something.”

“I would like to thank our local, county, and state law enforcement agencies for their commitment and dedication to the Jewish community across Bergen County and Northern New Jersey. I was honored to be part of this important briefing and wish everyone in observance a meaningful High Holy season” said BCSO Chaplain Rabbi Joel Friedman.