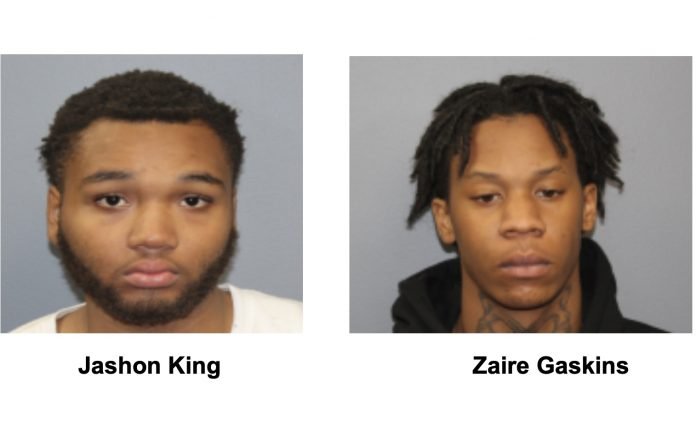 On September 22, 2022 at 6:01 P.M., a Secaucus resident called the Secaucus Police Department and reported that an individual attempted to burglarize his BMW X5 that was parked on Humboldt Street and Centre Avenue.  The individual did not make entry into the vehicle, but he did flea the area in a BMW 750 that was waiting in the area with several other suspects inside.

During the on scene investigation, the BMW 750 was discovered to have been stolen from Clark, NJ, earlier in the day after a home was burglarized and the vehicle’s keys were stolen.  This stolen vehicle was involved in other auto-related crimes that spanned across several counties and eluded police throughout the day, even after being pursued by at least one police agency.

On September 23, 2022 Secaucus Police Detective Sergeant Giacomo Sallustio and Police Officer Dwight Wise went to Halstead Street in Newark and located the stolen BMW 750 that was used in the attempted theft of the BMW X5 in Secaucus.  While recovering the stolen vehicle, Detective Sergeant Sallustio identified Jashon King, 20, and Zaire Gaskins, 18, both of Newark as being involved in the attempted theft of the BMW X5, and both were then placed under arrest. The investigation is ongoing and additional arrests and charges may be filed.

“This investigation demonstrates the Secaucus Police Department’s commitment to follow every lead throughout the course of an investigation to see that those responsible for crimes are brought to justice,” Chief Dennis Miller said. “SPD will continue to maintain an active presence in neighborhoods that have been identified as a hub for auto-related crimes.”