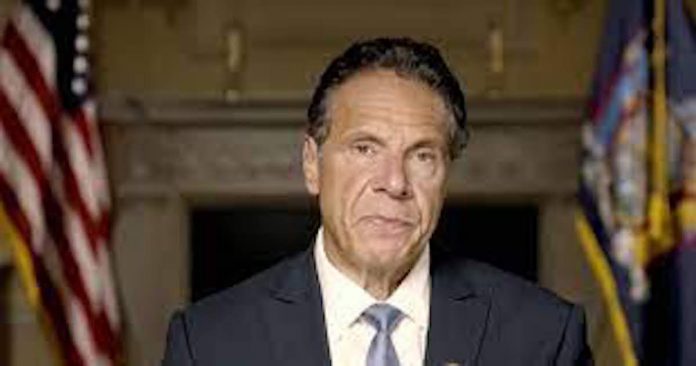 New York’s embattled Governor Andrew Cuomo has announced he will resign from office 14 days from now.  Facing a slew of sexual harassment allegations from at least eleven women, the three-term Governor made his announcement this morning as momentum in the State Legislature in Albany built for his removal by impeachment.

There have been many allegations made over the past several months, including a scathing Attorney General’s report, saying Cuomo subjected woman to unwanted sexual advances, including kisses and groping of their buttocks and breasts, plus questions about their sex lives.

Cuomo still faces the possibility of criminal charges, as prosecutors seem to be lining up to investigate him. During his announcement this morning, Cuomo stated it was time to  “step aside and let government get back to governing.”

New York Lieutenant Governor Kathy Hochul will be sworn into office on August 24.  Hochul is a 62-year old former Democratic Congresswoman from the Buffalo region.  She will become New York’s 57th Governor and its first woman to hold the office.  She has been Lieutenant Governor since 2015.

Just one year ago, Cuomo was in the national spotlight with his daily COVID-19 press conferences.  Having already unsuccessfully sought the Democratic Presidential nomination, he was seen by many as a future Democratic Presidential candidate.  He served as New York Attorney General and then as President Bill Clinton’s Housing Secretary before being elected Governor in 2010.  He was also his father Mario’s handpicked, “hard nose” campaign manager during his campaigns for Governor, which ultimately led to three terms in office.

Governor Cuomo was planning to seek re-election to a fourth term in 2022, which would have surpassed his late-father’s time in Albany.

Cuomo divorced in 2005 and ended a long relationship with TV lifestyle personality Sandra Lee in 2019.  He is father to three, adult daughters.